Understandably, you might even doubt whether continuing your daily exercise routine is a good idea when you have a dead-of-winter cold with unpleasant symptoms, including a runny nose and non-stop sneezing. Exercise sounds rejuvenating after lounging on the couch all day, but would the doctor recommend working out when sick?

A fitness physiologist answers that and breaks down how to avoid injury and recover appropriately if you exercise when sick. 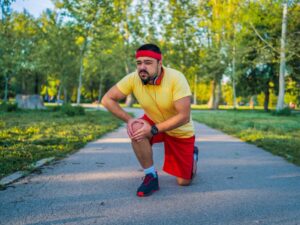 What Should You Do If You’re Sick?

Milton says that working out while sick may make you feel better. She explains that it increases heart rate and contractility (the force of your heart’s contractions) and elevates respiratory rate as you exercise.

Recovering From Sickness And Exercising Safely

Although you may feel well enough to exercise while sick and your symptoms are above the neck, you should not take on an exceptionally demanding workout. Instead, stick with low- to moderate-intensity exercises (such as jogging, lifting weights, or yoga) because you may be fatigued. Milton says you are more likely to catch another illness after a high-intensity workout because you temporarily lose immunity.

Milton suggests you stop exercising if you feel lightheaded, short of breath, nauseated, or your heart races during your workout. If you aren’t feeling well mentally, don’t force yourself to train while sick. When you are entirely healthy, you can wear your dumbbells and running shoes again.