Now that summer vacation has come to an end and many children are heading back into the classroom, we will start seeing more than more school buses on the roads.  Unfortunately, school starts during one of the warmest months of the year, when the temperature is now to peak significantly high in the double digits.

Many people are familiar with the standard yellow school bus.  However, a marked change has been made to the school buses’ appearance over the last several years.  Many, if not most, are now sporting a white roof on the vehicle.  Although this new feature adds to the overall visibility of the bus, there is another more important reason that this has been done.

Accorded to an article sourced in the archives of the New York Times, a far back as fifty years ago, the state of California started using white-topped school buses.  Over the next few decades, many states in the Northwest begin to use them as well. 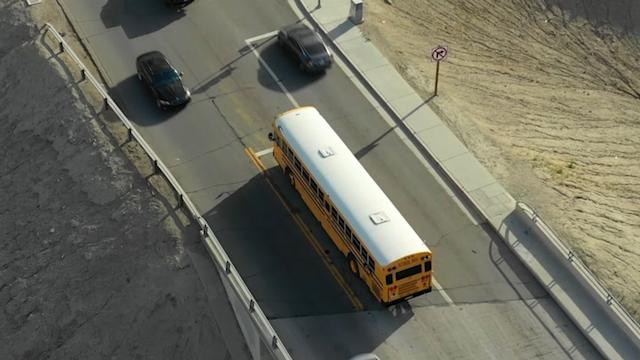 In 1992, North Carolina conducted a study to determine if there may be a relationship between the bus roof color and the temperatures within the bus itself.  Thermometers were strategically placed in the state’s school buses, and then four readings were taken throughout each day between the months of August to December.

The readings were taken when the buses were either running or parked.  The findings showed that those buses with a white rooftop saw a drop of their interior temperatures on average of ten degrees Fahrenheit during the summer months, with an added difference of seventeen degrees difference during the peak hours.

Studies have also shown that vehicles that are also light-colored—white and silver primarily—are cooler during the summer months as well, reflecting an estimated 60% of the sun’s rays.