Mystery Science Theater 3000 has been a geeky staple of television, drawing in a fanbase amid its airings on Comedy Central and The Sci-Fi Channel. The premise of the program was originally developed for public access as a silly experiment of a man and some puppets mocking old movies with well-timed jokes. The show would expand off the Minnesota airwaves but still be produced in the state for a series that lasted 10 seasons and had a theatrical movie.

When the show ended, the fanbase remained and there was clearly a demand for more MST3K. The series creator Joel Hodgson figured as much and decided it was worth a shot to revive the show. There had been other attempts at finding a new format for the movie riffing in various projects like Rifftrax (which allowed for riffing of any movie thanks to syncing audio tracks) and Cinematic Titanic. But it was clear that most people still loved the sci-fi setting of MST3K and Netflix wanted to capitalize on that.

Joel spoke with the LA Times about how he was reluctant to go back to MST3K for many years considering what producers were asking for. Basically, he didn’t want to do just do more of the same as so many executives had been begging for to take advantage of the nostalgia. 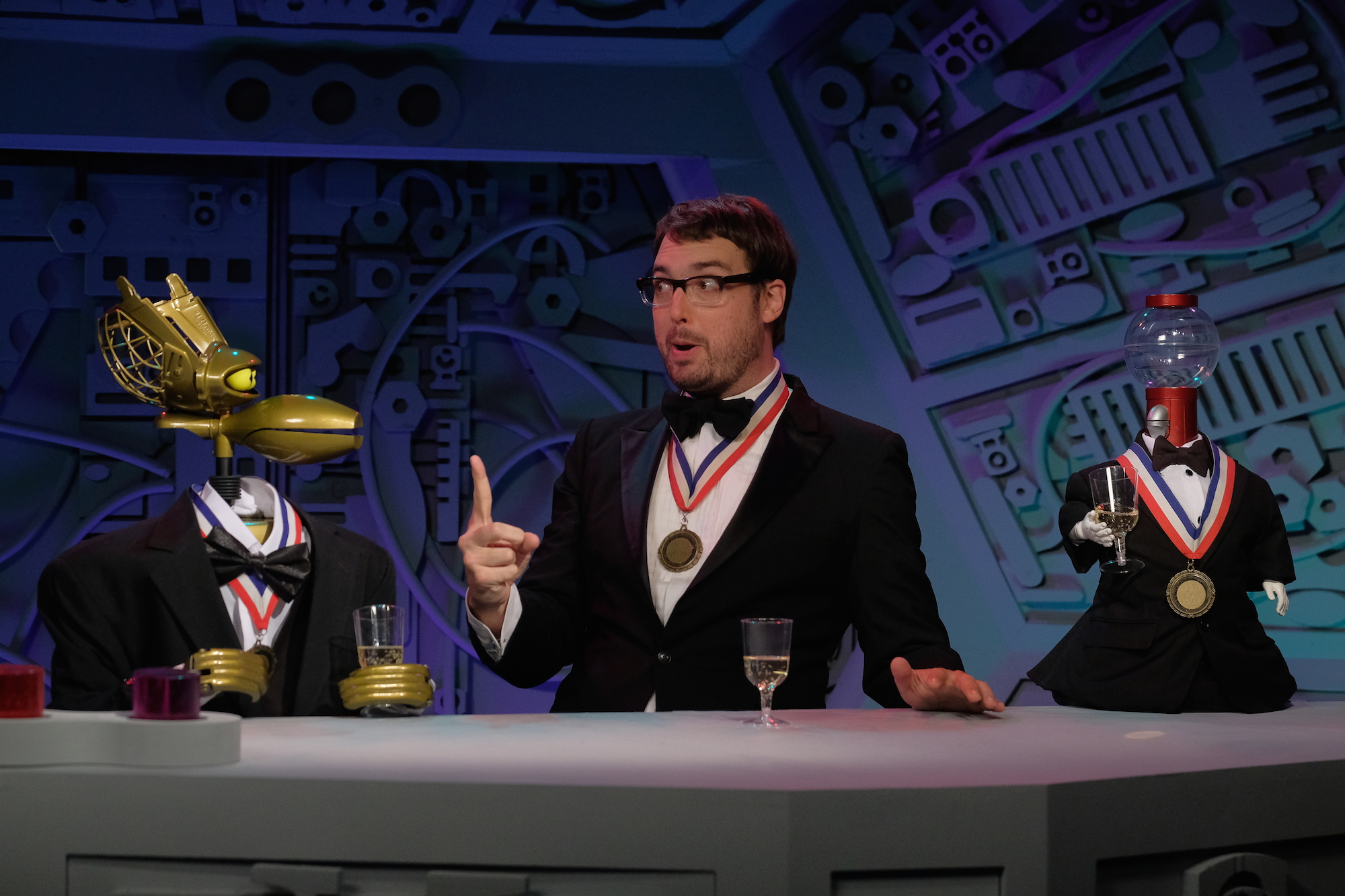 So the 2017 MST3K show he developed for Netflix came with the intent of passing the torch to a new cast. Joel spoke on this as well and how he felt it was a necessary next step in his career:

“More than anything, I felt like I was really going to regret it if I died before I got to spin it over and get this new group going. That was on my mind a lot. I’m going to really regret it if I get hit by a car or something. With only two days of shooting left, it’s unlikely I’ll get hit by a car so I feel really grateful. And even if I got killed they could do a rough edit, it would be pretty close.”

Though the series was canceled on Netflix, more MST3K episodes are headed to the streaming channel of The Gizoplex, a fan-funded MST3K hub.