The wedding officiant uses sign language for the deaf bride’s flower girl, causing the internet to reach for tissues.

The groom’s sister Christina Pacala and the mother of the groom’s 22-month-old daughter Riley weren’t aware that American Sign Language (ASL) would be present during the ceremony.

Pacala told TODAY Parents, “I was a bridesmaid, and I started sobbing so hard when I realized he wasn’t just moving his hands — he was signing the word ‘family.'” 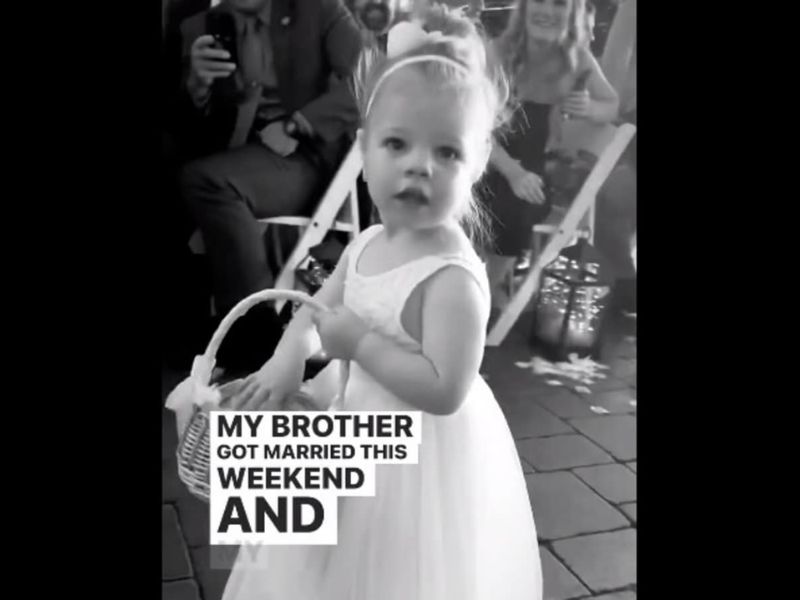 A now-viral Instagram post by Pacala reveals that officiant Randy Latini, the bride’s brother, “didn’t make it a big deal.”

Pacala wrote, “He didn’t tell anyone. But it was a big deal to us. It signifies that the two families that joined on this day recognize that they have a Deaf family member and will make an effort to include, love, and support her.”

During his interview with TODAY, Latini said he reached out to a teacher of the deaf at his school.

He said, “I sent her what I wanted to say, and she sent me a video showing to sign those phrases. After that, I just had to practice!”

Riley was born deaf and lived in Arlington, Virginia.

Pacala revealed, ” She didn’t pass the newborn hearing screening at the hospital. Then a couple of weeks later, we followed up with a pediatric audiologist.”

It caught her and her husband, Andrew, off guard when Pacala received the diagnosis. 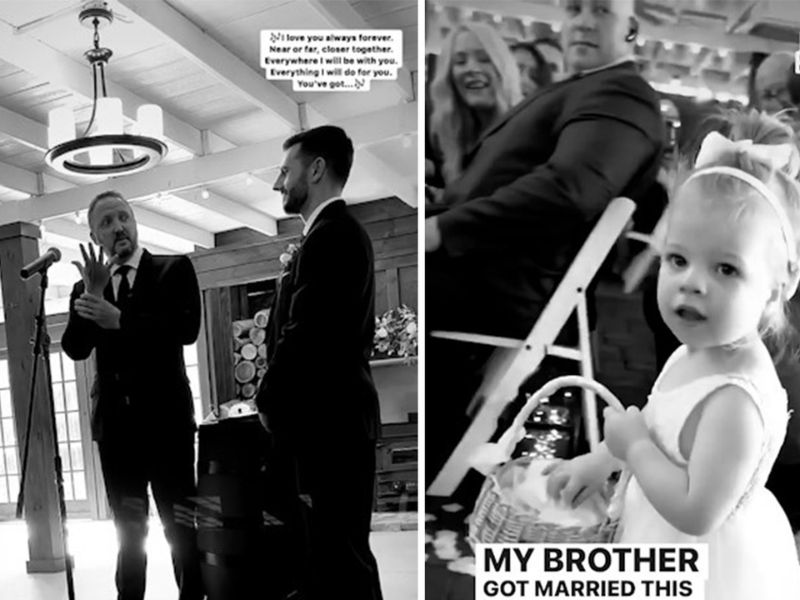 She explained, “It wasn’t something we were expecting or even prepared. “At first, we were scared. How will we ever be able to communicate with her? So we both kind of dove into just researching.”

According to their research, sign language is the only 100% accessible language for deaf people. Both parents got it right away. Latini also knows ASL well.

Pacala said, “It was Randy’s way of saying, ‘Riley is a member of our family, and she uses sign language to communicate, so we will too. “He was sending a message about inclusivity.'”