Disney+ is fast-approaching the debut of its first Marvel Cinematic Universe spin-off series, WandaVision. The series will feature the return of Elizabeth Olsen and Paul Bettany in the roles of Wanda Maximoff and Vision respectively. The two characters were first introduced in Avengers: Age of Ultron (2015) and would later become a couple in Captain America: Civil War (2016). Their time together came to a tragic end when Vision was killed by Thanos in Avengers: Infinity War (2018). So this raises the question of just where the two characters are now in this dreamlike show which dabbles in the surreal. 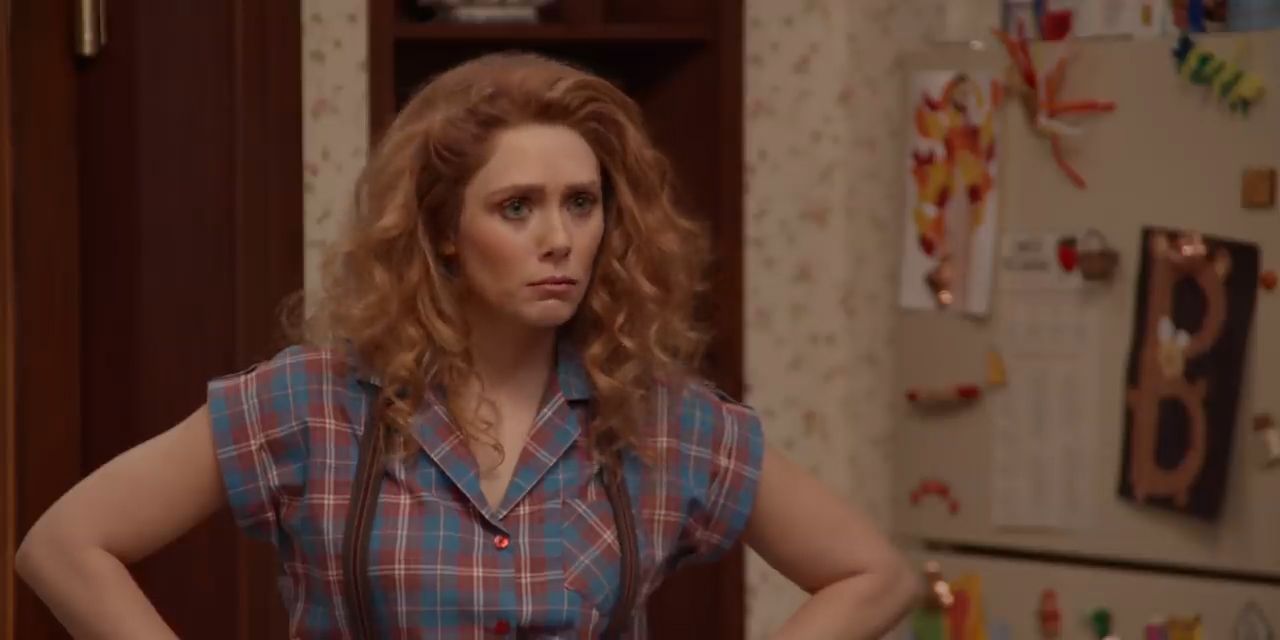 Elizabeth Olsen recently did an interview with Jimmy Kimmel in which she revealed a clip from the show to give us an idea about the kinda show we’re in store for with WandaVision. Check it out below:

As the trailers have implied, parts of the show seem to exist in a satirical sitcom world that will eventually start to mutate and crumble.

In addition to Olsen and Bettany, the show will also feature side-characters of previous MCU films such as Kat Dennings’ character of Darcy from the Thor films and Randall Park as government agent Jimmy Woo from Ant-Man and the Wasp.

WandaVision will be debuting on Disney+ on January 15th, 2021.