Here are the ingredients you need to find: 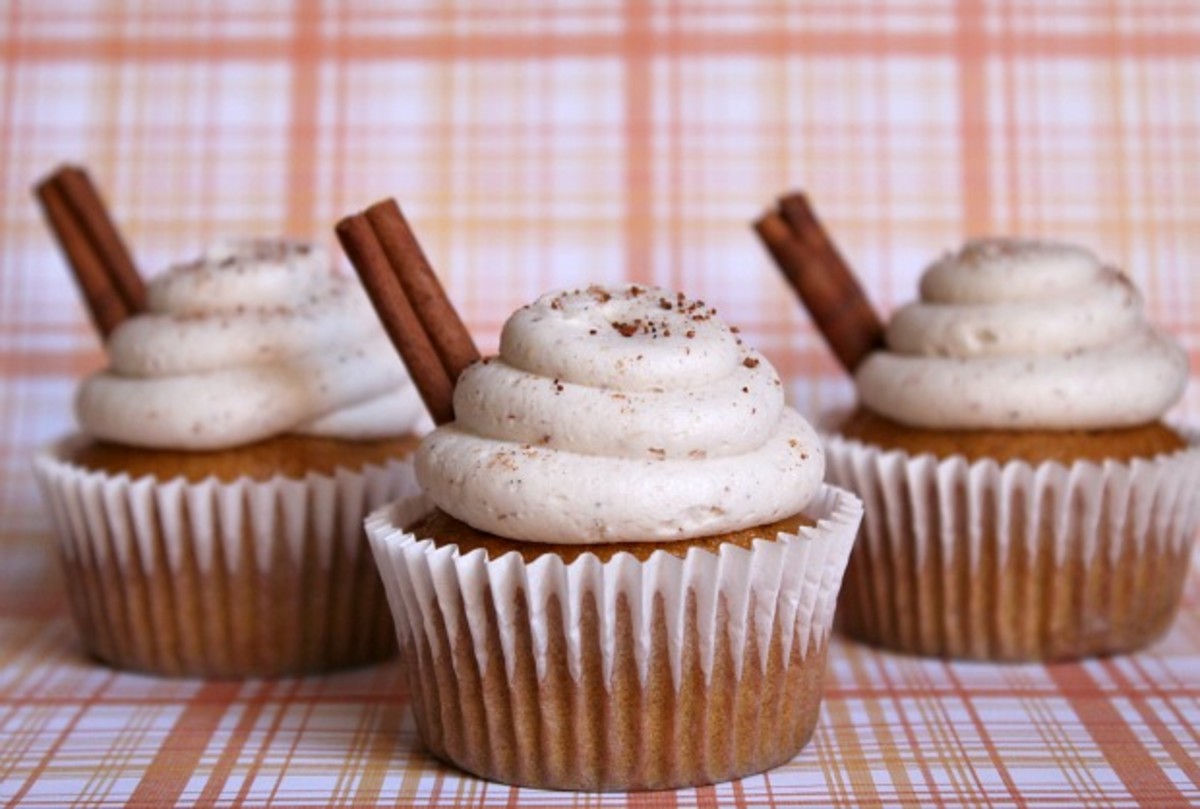 Here are the instructions that you need to follow to complete this recipe:

1. To make the chai spice. In a shallow bowl, combine the cinnamon, ginger, cardamom, nutmeg, all-spice, cloves, and pepper. Divide the mix in half. Mix one half of the spice blend with the granulated sugar and set aside for topping the cupcakes. Reserve the remaining chai spice blend for the cupcake batter.

3. In the bowl of a stand mixer (or use a hand-held mixer) beat together the coconut oil, brown sugar, vanilla, eggs, and pumpkin until combined. Add the flour, baking powder, baking soda, salt, and remaining chai spice. Mix until smooth and no lumps remain in the batter.

4. Divide the batter evenly among the prepared pan. Transfer to the oven and bake 18-22 minutes, until the tops are just set, and no longer wiggly in the center. Remove and let cool.

5. To make the frosting, melt together 2 tablespoons butter, the cream, and brown sugar in a medium saucepan. Bring to a boil and cook for one minute or until the sugar has dissolved. Remove from the heat and add to the bowl of a stand mixer. Place the bowl in the freezer (or fridge for longer) for 15-20 minutes or until cool to touch.

6. Grab the cooled butter mixture from the freezer and add the remaining 6 tablespoons of butter, the vanilla, and the powdered sugar to the bowl. Beat together until well combined.

7. Frost each cupcake and sprinkle with chai sugar. Add cinnamon sticks, if desired. 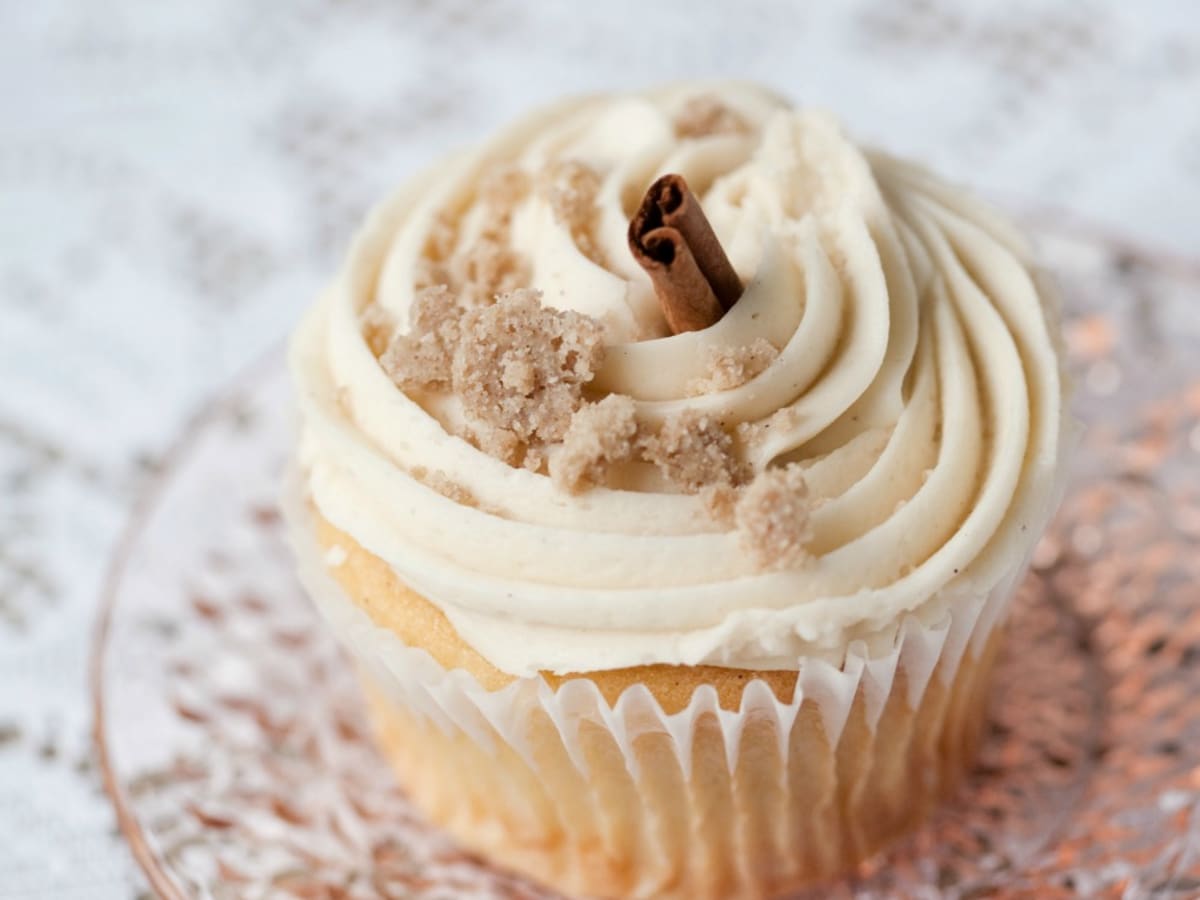