An up-and-coming auction is expected to garner over £10,000 for previously unseen images of The Beatles taken shortly before they became world-famous and a ‘stolen’ underwear sign.

Superfan Sandra Woodruff captured the iconic photographs during the band’s six-day tour in Weston-Super-Mare, Somerset, in 1963, well before the Fab Four became a worldwide sensation. 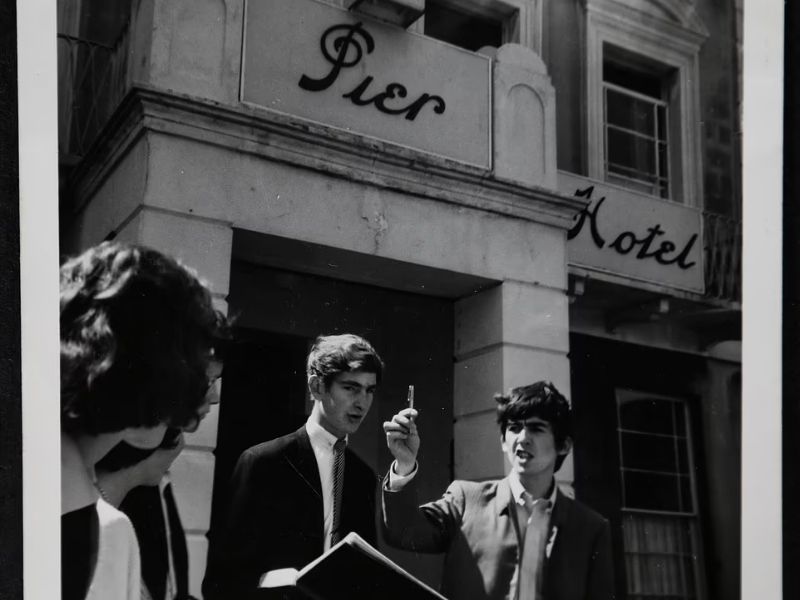 An autographed cardboard cover advertising men’s underwear that Ms. Woodruff had ‘stolen’ from the rock band’s hotel room is among the souvenirs.

The megafan and her friends slipped into the group’s hotel suite at The Royal Pier Hotel. They took selfies with them, later envisioning them on the beach with fans.

A memo prepared by Ms. Woodruff describing her intrusion of the band’s bedroom over 60 years ago has been included in the bidding lot.

She describes how competing band Gerry And The Pacemakers guided her and her pals to The Beatles’ room, no 49.

Her camera was also with her, and she shot several photos of the Beatles signing autographs and conversing with fans.

Other photos show The Beatles posing on rocks near Birkbeck Pier for a well-known press photo taken at the time.

Ms. Woodruff and her pals then spent two days outside the hotel before collecting her autographed souvenir card and other images from her idols. 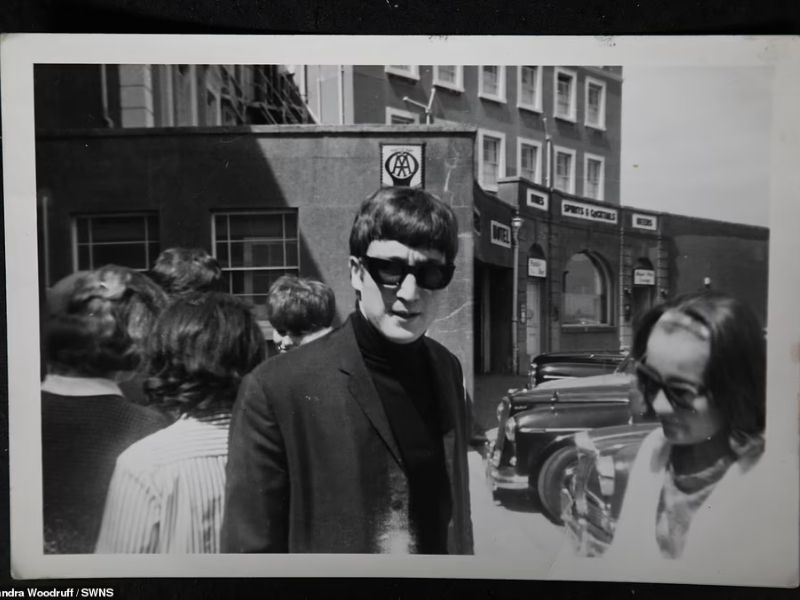 According to auctioneer Andrew Stowe, the key photographs reveal the Beatles before their worldwide renown.

On May 27, 2022, East Bristol Auctions will auction the Sandra Woodruff collections.

The whole catalog is available on their website, www.eastbristol.co.uk, today (May 13, 2022).