Mads Mikkelson (Hannibal TV Series) plays the lead in a Danish-Swedish dramedy where his character drinks. A lot. Like, every day. But, don’t worry, it’s for a good cause…kinda. He plays a high school teacher who decides with his other teacher pals that they will get drunk every day to see how it affects them. Given that alcohol is both a depressant and a stimulant, it should be obvious that this kinda film will tap dance between comedy and drama, as characters drink themselves silly.

Thomas Vinterberg and Tobias Lindholm have written a film where Mad and company agree to keep their BAC at 0.05% a day to see how their behavior changes. What starts as a Super Size Me experiment that is fun at first soon goes out of control as the numerous teachers find their relationships rocked by this drunk ordeal. The film will additionally star Thomas Bo Larsen, Lars Ranthe, Magnus Millang, Maria Bonnevie, Susse Wold, and Helene Reingaard Neumann. 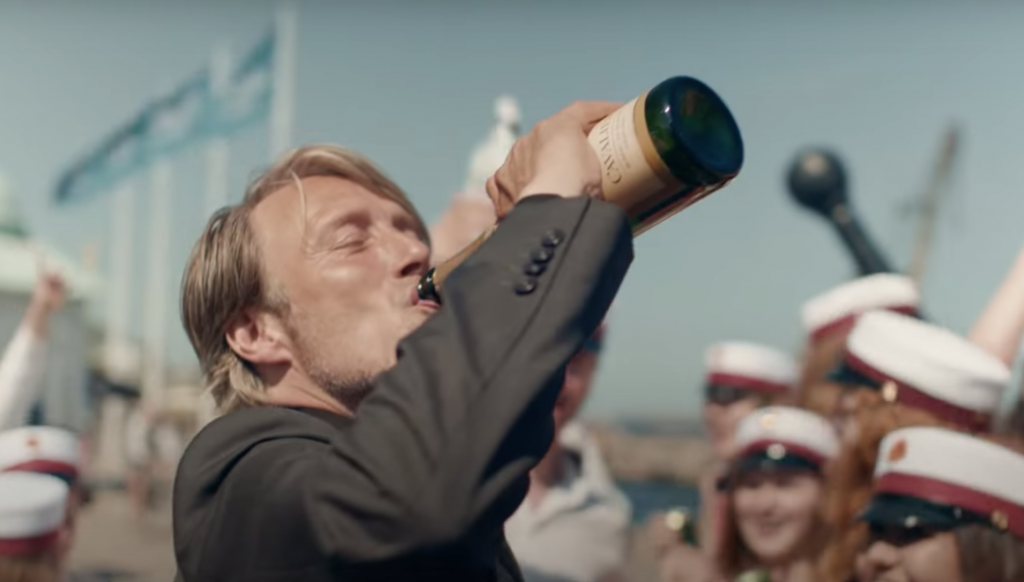 Check the trailer and read the synopsis below:

Four friends, all teachers at various stages of middle age, are stuck in a rut. Unable to share their passions either at school or at home, they embark on an audacious experiment from an obscure philosopher: to see if a constant level of alcohol in their blood will help them find greater freedom and happiness. At first they each find a new-found zest, but as the gang pushes their experiment further, issues that have been simmering for years come to a head and the men are faced with a choice: reckon with their behavior or continue on the same course.