Upon receiving a request for a crocheted doll that mimics birth, Shari, a mom of two from Missouri, thought it was a little odd. However, Shari, being a challenge-loving person, decided to record the journey of making the unusual doll for TikTok. In fall 2021, the video went viral, and some subsequent videos attracted more than 12 million views.

Some have not been thrilled with the videos of yarn dolls giving birth. TikTok depictions of birth are closer to reality than some viewers like, and others think it’s downright weird. Her videos show Shari pulling hand-crocheted babies out of their mothers’ bellies and crocheted umbilical cords and placentas. 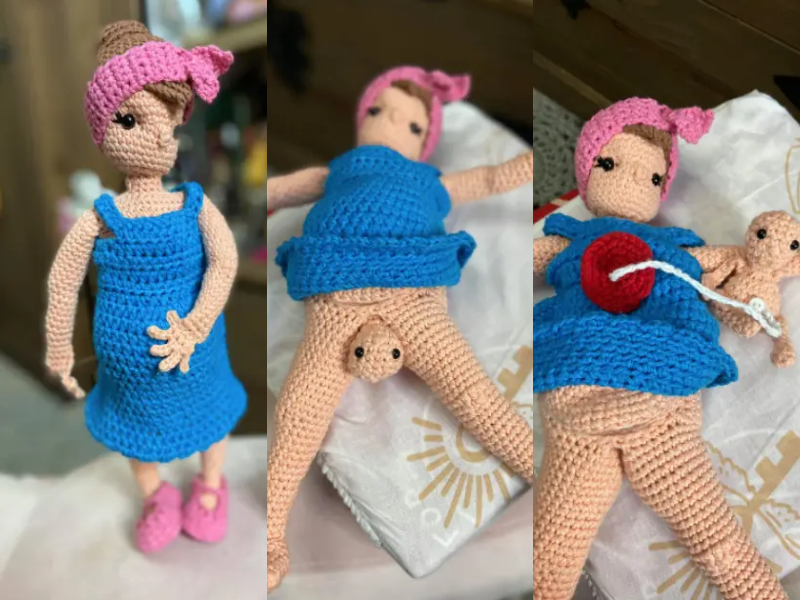 She continued to make TikTok videos despite receiving criticism early on. Instead of describing how the dolls work, she incorporated real birth stories. A woman with an intrauterine device (IUD) got pregnant with Shari’s doll since she customizes them. Shari removed a crocheted IUD from the pregnant mom.

Most orders are from doulas and midwives to use for educational purposes. Some mothers order dolls so their children can learn about birth through hands-on experience.

She recently received an order for a tactile aid for a blind girl undergoing childbirth. Her dolls vary in skin tone, hairstyle, and even stitched tattoos. She is currently making a doll with a prosthetic leg and another with two missing fingers.

The pattern designer, Laura Sutcliffe, told Yahoo Life the idea came to her while processing her traumatic birth. Sutcliffe said, “I designed it intending to show my daughter the process of childbirth in a straight-forward non-scary way.” 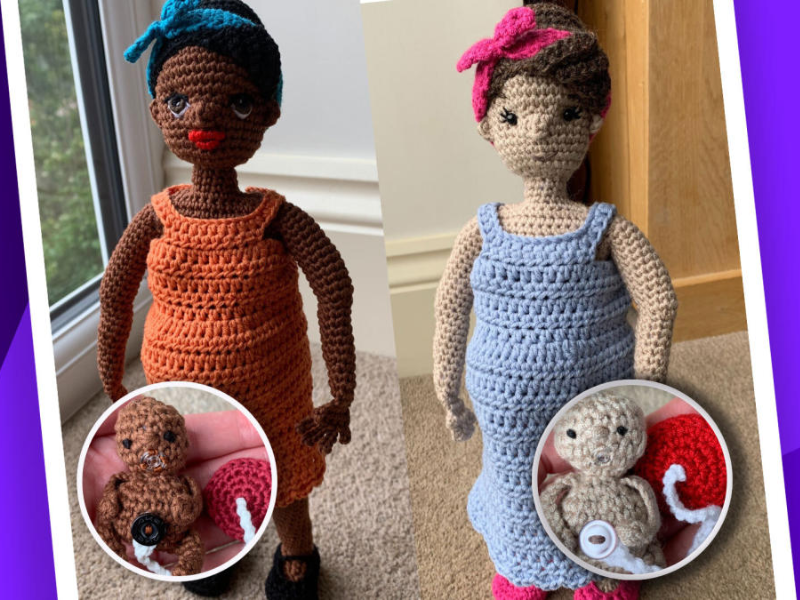 Laura acknowledges that she receives negative comments about her patterns, which she terms “personally abusive.” Like Shari, she mostly ignores them since she recognizes the value of the dolls to empower women.

It’s hard to find birthing dolls despite high demand. Shari takes about two weeks to make a single doll due to the level of detail involved. The stitches must be pulled very tightly over her fingers to hold their shape, which can cause “yarn burn” on her hands.

The cost of the dolls, which starts at $325, also puts them out of reach for many. Despite comments that she wouldn’t sell dolls for that price, Shari currently has a two-month waiting list.