Sophia Roberts followed in her father’s career following the gift of a board game called Operation when she was about four years old.

When Sophia was a child, she already knew her father was special.

Sophia told St. Louis Public Radio, During dinners out with the family, “Someone would come up and say, ‘Dr. Roberts, you don’t remember me, but you operated on my mother and gave her ten extra years.'”

She told KSDK: “That had a big impact on me as a kid.”

Sophia grew up in South Florida but had relatives in the greater St. Louis area.

St. Louis is home to the towering medical campus that houses Barnes Jewish Hospital and Washington University School of Medicine.

She said, “My grandmother had surgery here. My grandfather has been hospitalized here. It’s a place that I’d want my family members to go to. So to me growing up, this was always like the pinnacle of medicine.”

The daughter of a cardiothoracic surgeon, Sophia, is now a second-year resident at Washington University in a seven-year program training to become one like her dad.

In her role as assistant to Dr. Harold Roberts in the operating room, Dr. Sophia Roberts hadn’t imagined they’d one day work together.

Harold said, “It was a pretty complicated case, but if I say so myself, she did an excellent job.”

After 30 years as a cardiac surgeon in Florida and West Virginia, Harold joined the Barnes-Jewish Hospital heart and vascular program at Washington University.

However, he wanted to ensure his daughter was okay with working in the same program before taking the job. 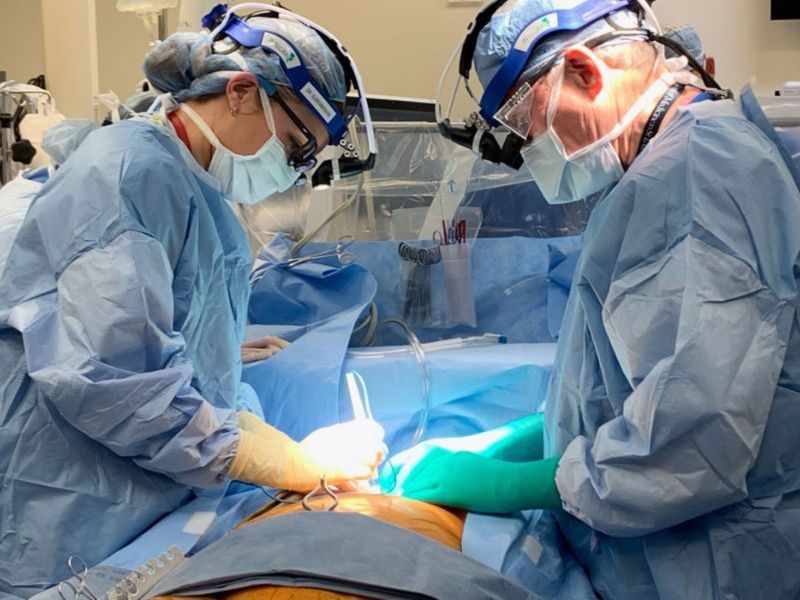 He’s proud to be a father because women are less than 8 percent of cardiothoracic surgeons in the U.S.

Although she witnessed her father’s surgery when she was 11, Sophia never wavered in her aim.

Sophia said, “Cardiac surgery is like the ultimate team sport.”

Sophia wore a toy stethoscope her father gave her as a child, following his instructions to practice stitches on bananas.