Jude Kofie, 11, received an incredible surprise late last year. The best things don’t always come in small packages, but a grand piano may be the exception to that rule. A piano just appeared at Jude’s house one day.

“All for free,” said his father, Isaiah. “Who does that?” 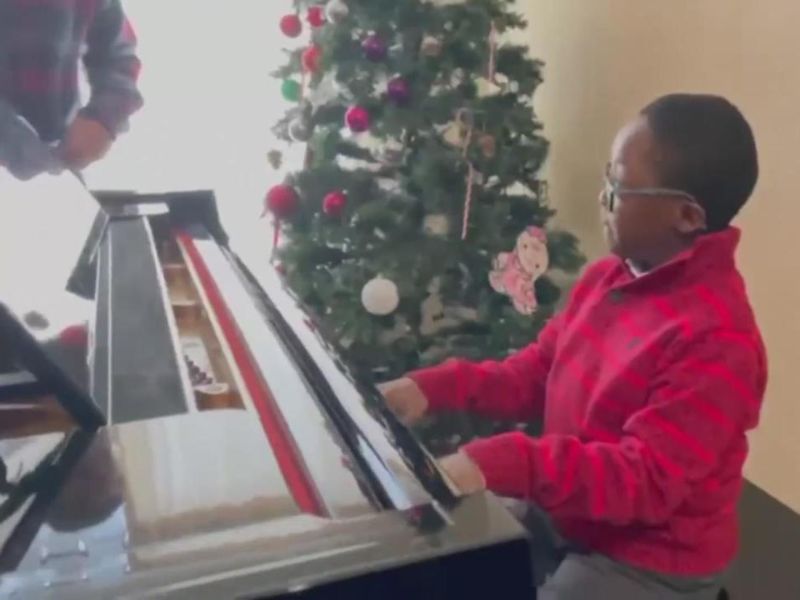 To understand how we got here, we must go back a year and a half when Isaiah heard something coming from the basement. There was an old keyboard down there, but no one could play it, including his son, who was autistic.

Jude had never taken a lesson before. He had never been taught to play. However, Isaiah bought Jude a bigger keyboard to do more.

“It’s an amazing talent,” Jude said of his musical abilities.

“Do you believe it is a miracle?” CBS News asked Jude.

In response, Jude said, “I prefer that.”.

In his free time, Magnusson tunes pianos. Seeing a local news story about Jude and hearing him play caught his attention. In addition to raising four children, Jude’s parents also sent money back home to their family in Ghana after immigrating from Ghana. Magnusson said, “What resources are left to help this special little soul?”

Magnusson said, “We’re family now.” his father’s inheritance allowed Magnusson to buy a $15,000 piano, which he promised to tune once a month for the rest of his life. Additionally, he pays for Jude’s professional lessons.

The Kofie family is thankful. Isaiah said, “Somebody to love your son like that by ensuring his future is secured, we are super thankful.”