Crews in Washington state showed up Saturday heavily protected as they began work.  The first-ever nest of the so-called murder hornets were the first to have been discovered in the United States.

The states Agriculture Department spent several weeks searching and trapping the insects. The team then used dental floss to attach tiny tracking devices to the Asian giant hornets—a.k.a murder hornets.  The hornets are known for their highly painful to humans’ stings.

The insects are also known to spit venom as a defense mechanism.  With all their defenses, their biggest threat is the one they pose to farmers and their crop pollinators—those of honeybees. 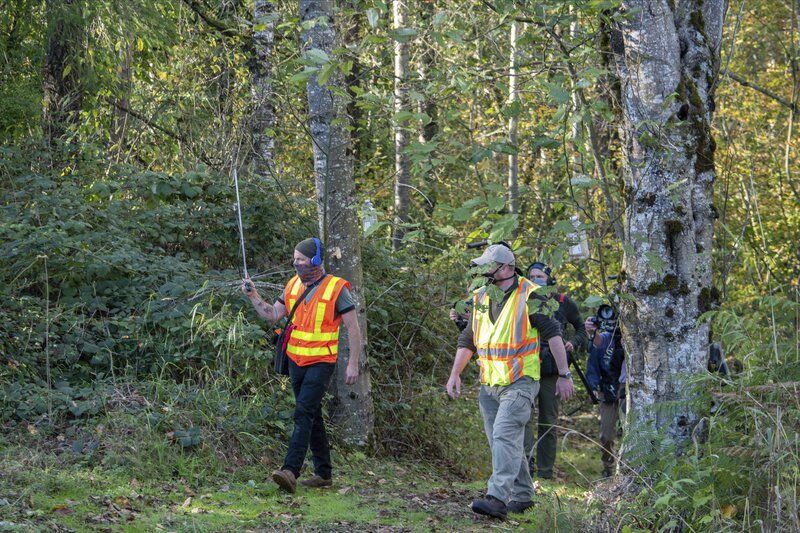 The nest that was being removed on Saturday, in the city of Blaine near the Canadian border, was reported to have been measured to be the size of a basketball.  According to an announcement made Friday, the hive was also reported to contain an estimated 100 to as many as 200 hornets.

Donning thick protective gear, the crew proceeded to vacuum the somewhat invasive hornets from a tree cavity.  They were then placed into large canisters for transportation.  Along with the thick gear, the crew also wore shields on their faces to protect their eyes from the venom the hornets spit. 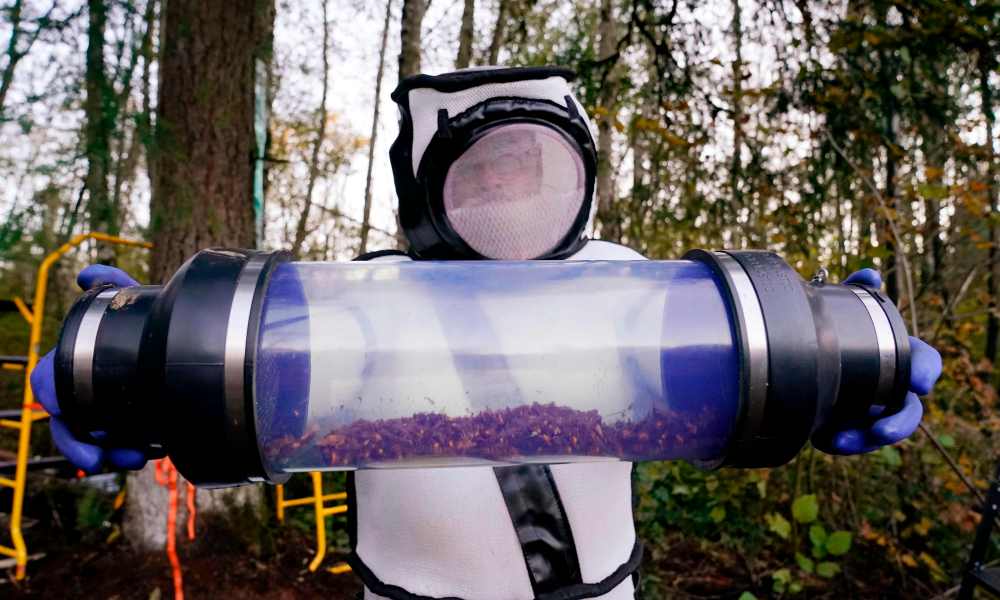 The team plans to hold a news briefing on Monday, offering an update on the progress.  The tree that the hornets were removed from will be cut down, and any remaining newborn hornets that may remain will also be taken care of.

In a year that has already proven quite bleak, the hype and fears stirred by the hornets aren’t as dire as believed.  In fact, what is considered the world’s largest species of hornet is only known to kill a few dozen people each year, mostly in Asian countries.