It is pretty much a given that canned fish does not come to mind when we think of Star Trek.  However, what many do not know is a connection between the two—one of the most iconic brands of tuna and one of the iconic USS Enterprise members.

Actress Grace Lee Whiney inspired the mermaid on the Chicken of the Sea tuna brand’s label.  Whitney appeared in the first season of Star Trek and then appeared in several of the motion picture films that followed.

Whitney’s character, Janice Rand, was well known for her unique blond basket weave beehive hairstyle.  The was even an episode of the series, Charlie X, where Rand served as the object of Charlie’s affections. 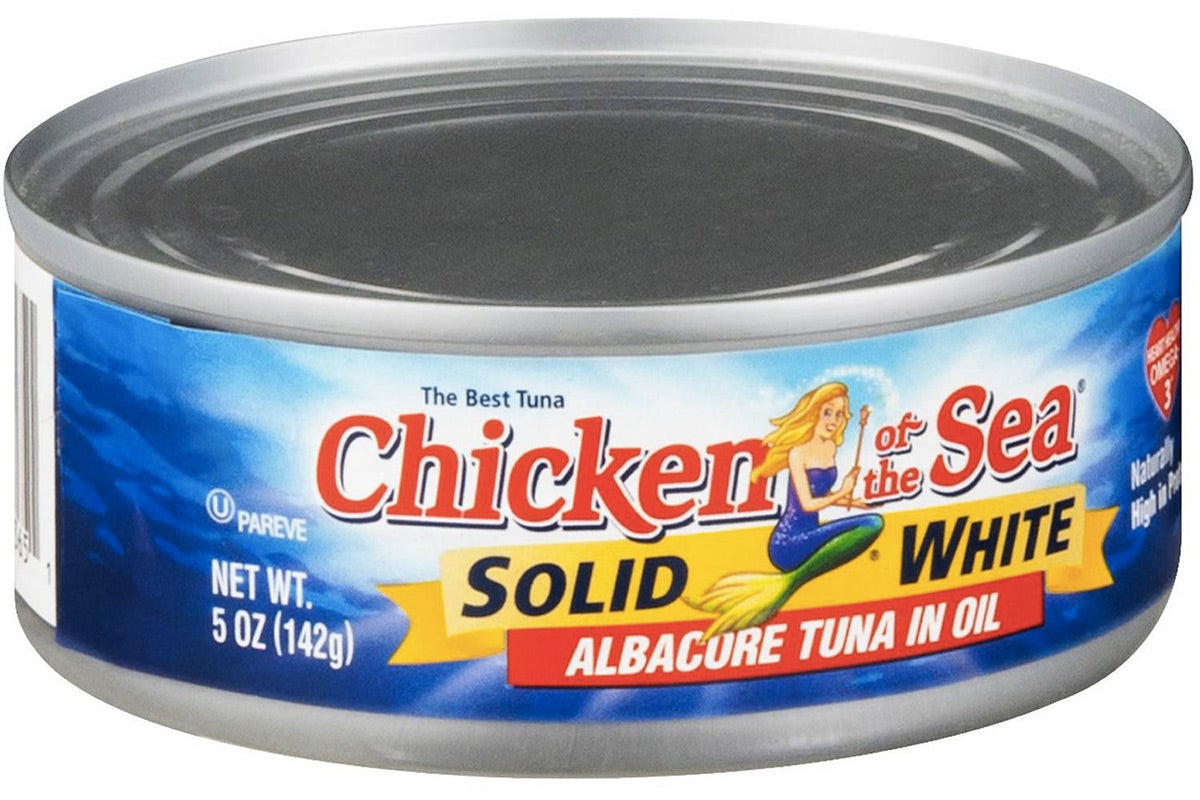 In The Longest Trek: My Tour of the Galaxy, Whitney’s 1998 memoir, the actress recounted how she became the somewhat iconic mermaid character, having happened when she was on CBS Radio in The Edgar Bergen and Charlie McCarthy Show.

Whitney even included a photo of her Chicken of the Sea mermaid costume on page 36 of her memoir.  She tells of how the outfit, in which the tail had no leg openings, required stagehands to carry her onto the stage during the radio broadcasts to sing.

You are probably thinking—why was a costume needed in the first place, being that it was a radio show and the listening audience never saw the cast?  There is an easy answer for that.  As explained in her book, Whitney offers:

“We did the show on a stage before a large studio audience, so the visual part of the show was still important.  It was essential that the mermaid who sand the tuna jingle looked the part.”

And in case you have always wondered if the mermaid had a name?  Yes, she does.  In 2014 she was officially named Catalina.