A good reason motivates Michael Phelps to be “obsessed” with his mental health.

In the past year, the 36-year-old former competitive swimmer spoke publicly to inspire others to be more aware of mental health struggles and contemplate suicide as an Olympic athlete.

Phelps says, “The ups and the downs? I go through them all the time, and they just come and go. My everyday life is filled with learning about myself and how to handle different situations.” 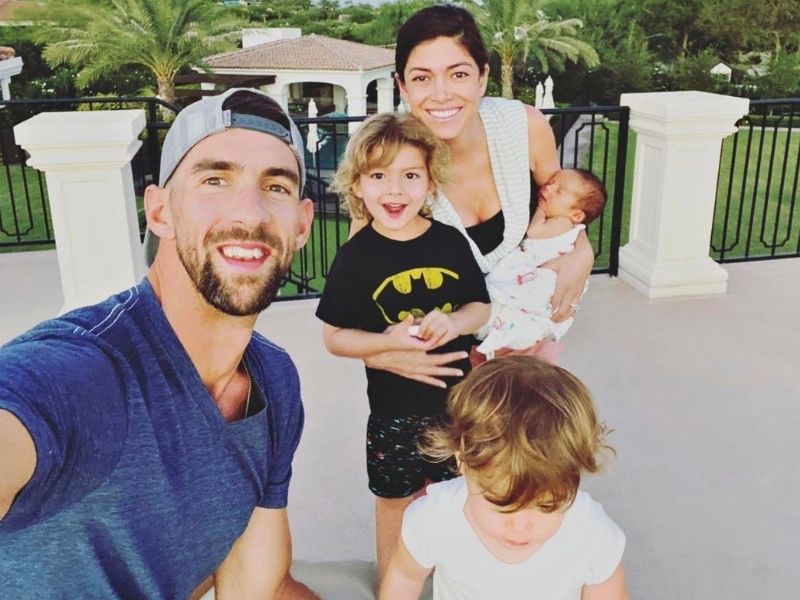 Since 2018, Phelps has worked with online therapy service Talkspace, promoting its “permission slip” campaign that encourages people to choose one area of their mental health to focus on.

Phelps said, “This little permission slip — as soon as I saw it, I instantly wrote down ‘forgiveness’ because that’s something I still need to work on.”

Phelps has been striving to be his “true authentic self.” The Olympian married former Miss California USA Nicole Johnson in 2016 and has three sons ranging in age from 2 to 6.

Phelps says, “I always say that if my glass isn’t filled, how am I supposed to fill everyone else’s up?”

One of his mantras to keep his focus on filling his cup is “It’s OK not to be OK” and “Be yourself,” the latter of which he wears on a bracelet. “It’s about being your best self,” he says.

Several of his fellow athletes inspired Phelps to put forth his best effort.

He says, “I’ve found it inspiring to watch some of these athletes and celebrities who have shared their journeys because I know how hard it is, and how liberating it is, to be able to do it in your way.” 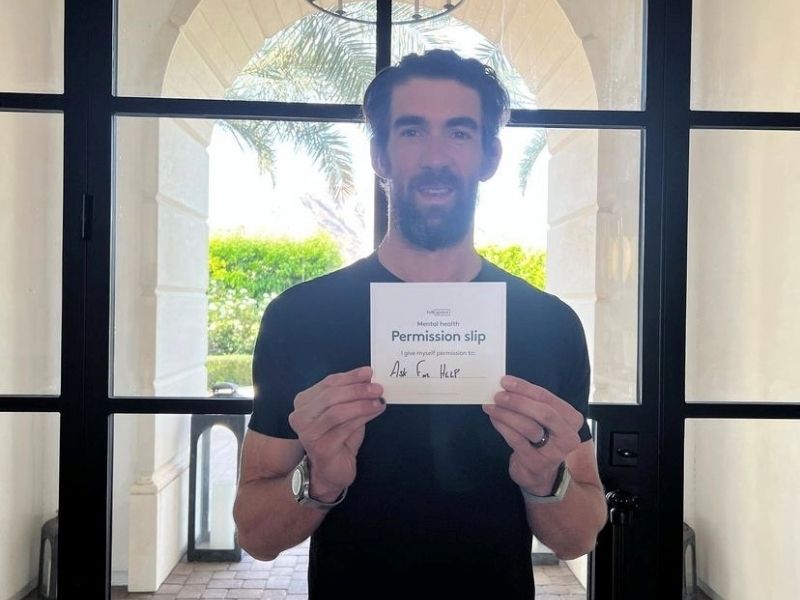 Phelps hopes sharing his story will “save more lives,” especially young ones.

Phelps says, “As a parent, it’s scary. As a dad, I fear suicide almost every single day, having just had two high schoolers commit suicide from a nearby school a few weeks ago.”

He explains, “I just want to be able to give them the tools to understand that it’s OK to talk about a struggle or a problem.”