I feel safe in saying that I am not the only individual who, when they hear the word “sushi,” gets a somewhat sour look on their face.  The very speaking of the term will most often turn my stomach. However, I recently found out some interesting facts about sushi.

First off, the terms “sushi” and “raw fish” are interchangeable—akin to equals, if you will.  Now, if you were raised as I was, anything that swam in the water, roamed on land, or flew in the sky had to be thoroughly cooked before consuming.   If not, you would run the risk of becoming violently, if not deathly ill.

There were even urban legend-type horror stories that were told to us of someone eating something raw and paying the price big time.  Now, it is essential to note that sushi CAN contain raw fish, but it DOESN’T have to. 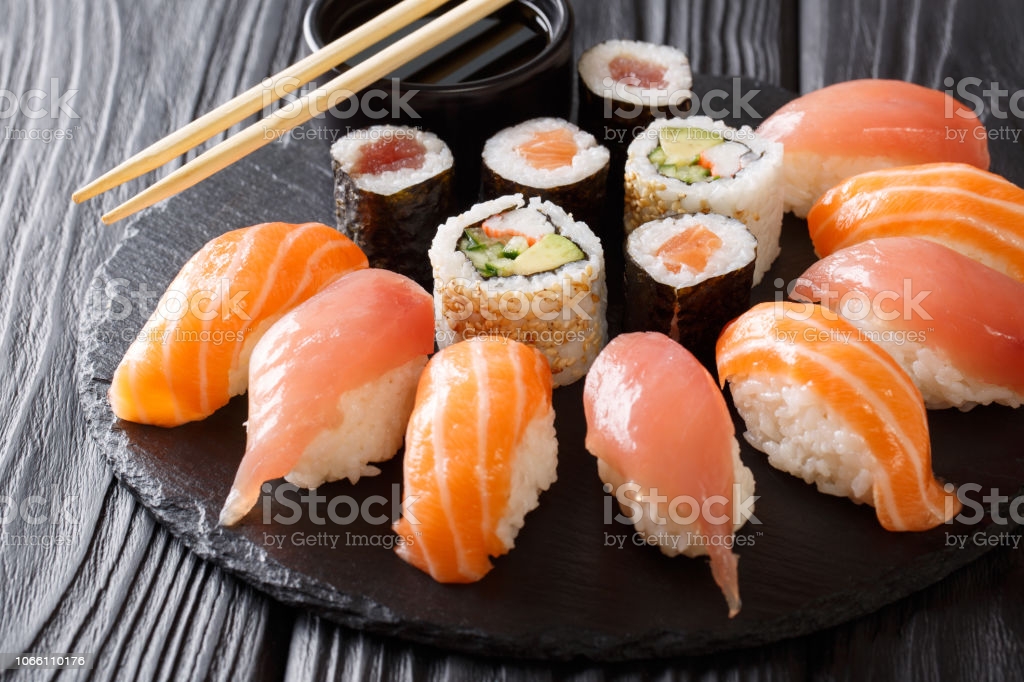 When looking at the accepted definition of sushi, as present in the Merriam-Webster Dictionary, it states:

“cold rice dressed with vinegar, formed into any of various shapes, and garnished especially with its of raw seafood or vegetables.”

It is worth noting here that the vinegar referenced here is rice vinegar, which is sweeter and less pungent than white vinegar.

What this tells us is that what makes sushi – sushi—is the process by which the rice itself is prepared.  This means that whatever is inside it, on top of it, or even both is pretty much whatever you like.  If that is raw fish—then so be it.

The usual fish choices are those of bluefin tuna, yellowfin tuna, or salmon.  Here again, none of these are necessarily included in sushi.  The widely popular California Roll contains cucumber that has been cut into thin strips, along with imitation crab meat. There is not a speck of raw fish to found anywhere in the roll.