In a recent post to social media, director David F. Sandberg had confirmed that production on the highly-anticipated sequel in the Shazam franchise, Shazam 2: Fury of the Gods, has begun.

Shazam 2 is the sequel follow-up to the DCEU 2019 hit Shazam.  Not much is known as far as the plot is concerned, other than the fact that our hero will see himself facing off against Hespera and Kalypso—the daughters of Atlas.  Shazam 2 will feature actresses Helen Mirren and Lucy Liu as the movie’s main villains, along with the original cast.

The original entry into the franchise focused on Billy Batson, a somewhat troubled teenage orphan.  Billy is unknowingly recruited by a wizard, and current Shazam, to become the world’s champion and protect it against the Seven Deadly Sins and all who may try to release them.

Although Shazam proved to be one of the lowest-grossing productions in the DCEU, it was seen as nothing short of a hit upon its release—having earned triple what it cost to produce.  It was deemed so successful, its sequel was confirmed and announced shortly after the first film was released. 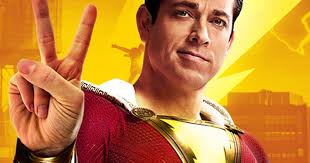 Ever since last fall, both the filmmaker and the film’s stars have been teasing about when the production would officially begin—which now we know it has!  There is no denying that the success of Shazam was not only a big surprise but a much-needed one.  Alongside the blockbuster Aquaman, Shazam did its part in getting critics to look at the series in a more favorable light.

After having not had his appearance in the first film, many had hoped that Henry Cavill would appear, in his Superman role, in Shazam 2.  However, it seems he will not appear in this film either.

The one saving grace in the production itself, and any little tidbits of information, is that there is another DC FanDome later this year, where fans are sure to see more revelations and teases for the film.