There are several lunar events throughout each year that, although they are usually one-night limited events we can enjoy, there is one lunar event that isn’t quite so elusive—that of the appearance of rings around the moon.

More commonly referred to as lunar halos, there rings of bright light that appear around the moon in the night sky do not stick to a particular schedule to appear and can be seen almost month of the year within the lunar calendar. 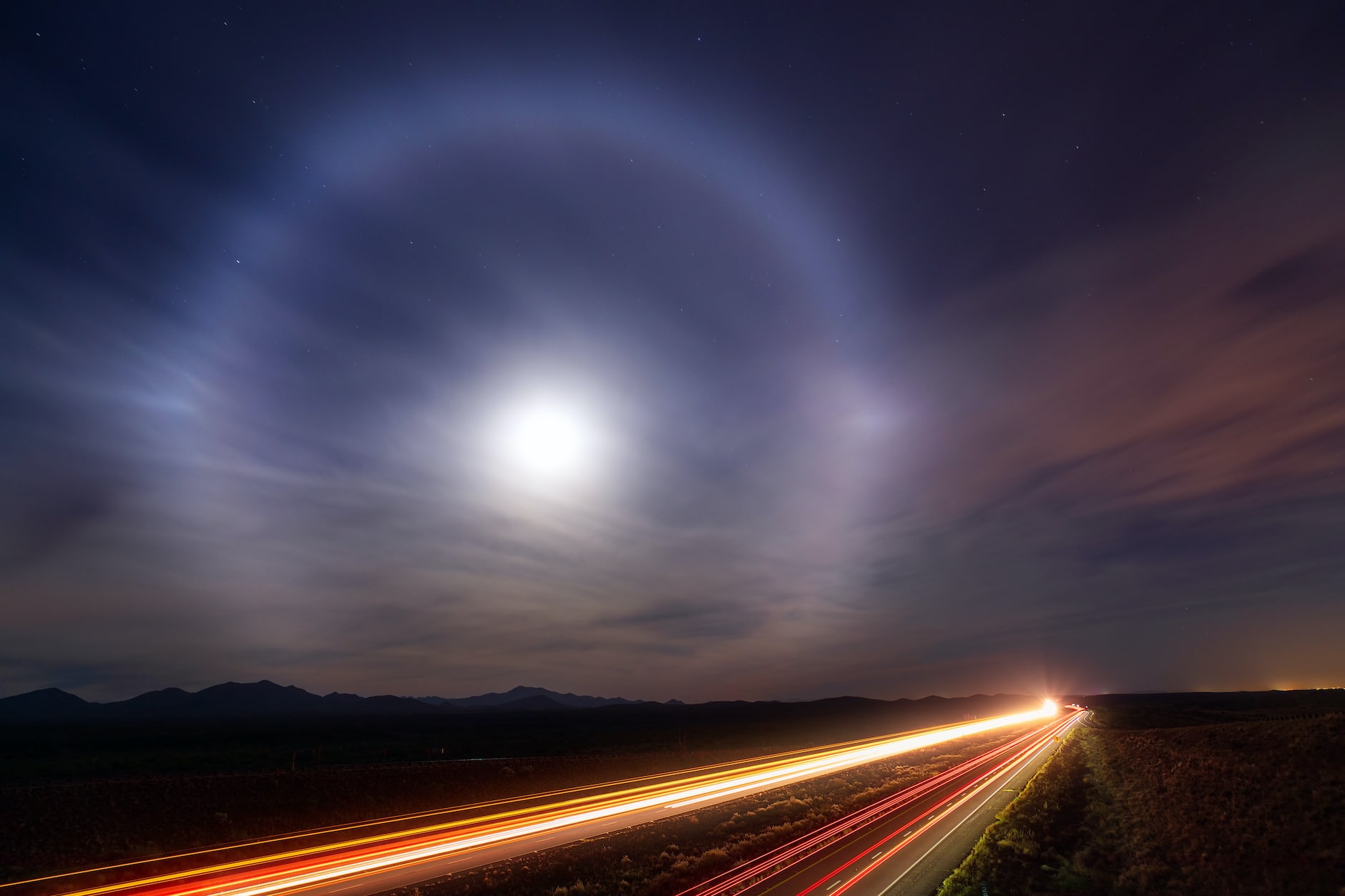 Lunar halos appear around the moon when the thin, wispy clouds, known as cirrus and cirrostratus clouds, reflect and refract the light of the moon offer of their ice crystals.

Much like any other lunar event, there is an ideal time and condition to enjoy the observance of lunar halos.  Similar in nature to rainbows, the halos form when the moon’s light interacts with any water suspended in mid-air.

The water is most commonly frozen and formed into veil-like cirrus and cirrostratus clouds, which typically float up to 20,000 feet above us in the atmosphere.  At this height, the temperature is too gelid, which prevents the moisture from remaining in a liquid water state.

The process for the halo effect involves the shining of the moon’s light through the cirrus clouds.  It will strike and refract a million tiny crystals of ice during this process.  The ice will then bend the light and change its direction.  Then, when exiting the crystal’s other side, the light is refracted once again. 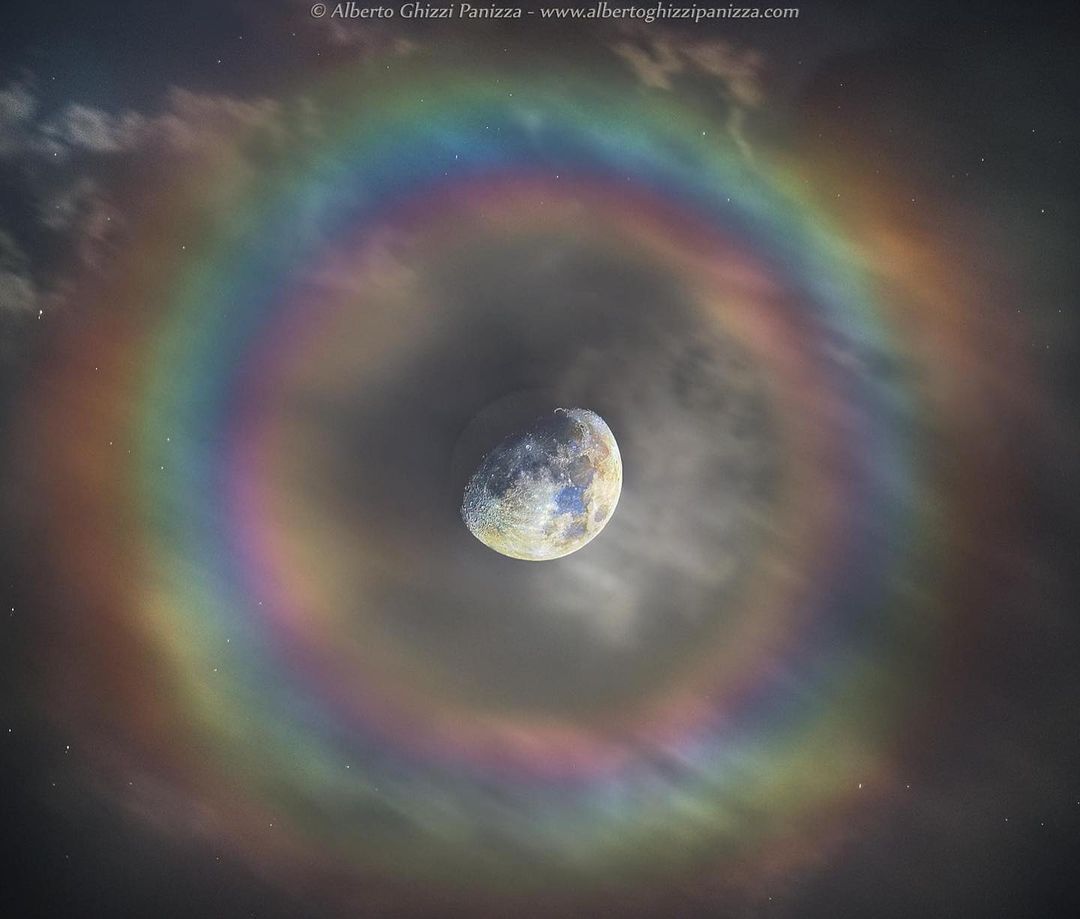 The ideal condition to fully view lunar halos is when the sky is clear, with only a thin layer of cirrus present.  If the clouds are thicker or are present at a lower level, the halo effect will be blocked from the eye’s view.

Worth noting here is that the old-time lore about the lunar halos states that when a ring is seen around either the sun or the moon, it is an indication that either rain or snow is in the forecast.