There was no end to the fun! It was a dog’s time overall!

In July, an estimated 4000 beagles were rescued by the Humane Society of the United States from the now-shuttered Envigo biotech breeding facility in Cumberland, Virginia. After a court ordered the facility closed, people across the South and the rest of the country stepped up to ensure those dogs had better lives and found homes forever. 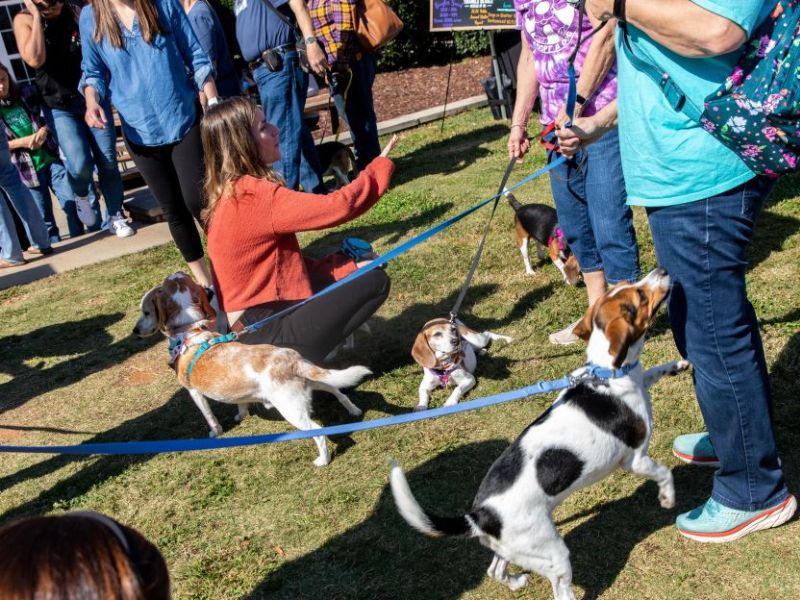 Eighty-six of those beagles wound up at Richmond Animal Care and Control (RACC), where they all found homes. It was clear to the kind folks at the RACC that they wanted to keep in touch with the adopters. It was “the ABSOLUTE BEST party ever” because they invited all the adopters to a reunion.

A big party was thrown at River City Roll in Richmond, a dog-friendly gathering place, to ensure those dogs lived their best lives. It was aptly named Beagle Bell Rock, and the party was victorious. RACC said in an Instagram post, “It was better than you could imagine!” 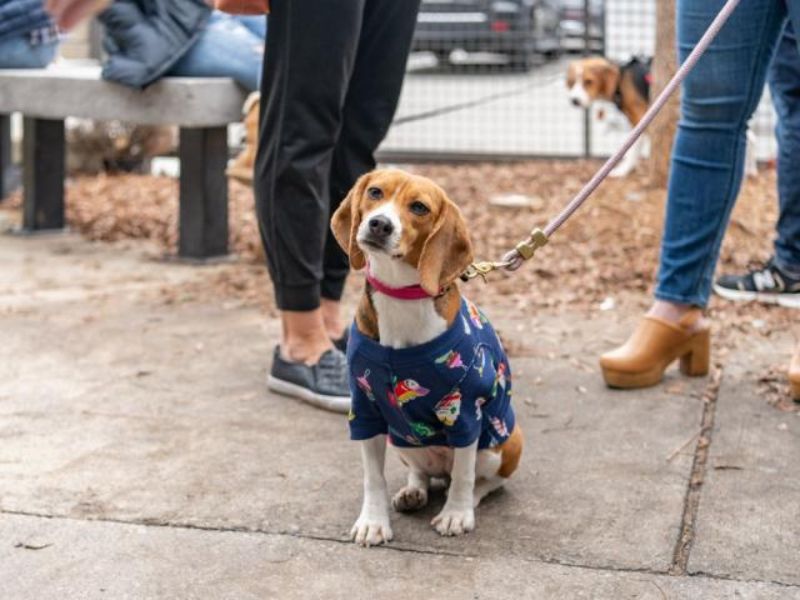 The RACC wanted the dogs to have fun and meet some of their family members. RACC wrote, “In addition to receiving name tags at the adoption party, adopters became instant friends with their litter mates! How wonderful to celebrate these pups that made it out of such a sad situation!”

The event was a good time, complete with “a lot of happy tears, great food, and a worldwide feeling of gratitude.” It was clear that both dogs and humans felt that sense of gratitude.