A cardinal was spotted and photographed in Florida in Port St Lucie.  What sets this bird apart is that it is a yellow cardinal.  Yellow cardinals are not common in nature, as their coloring is not natural.  It is due to a genetic color mutation, which makes them exceptionally rare.

A photography teacher, for a homeschooling organization, said she first spotted the yellow cardinal on October 3rd in her backyard.  Then, nine days later, Tracy Workman spotted the bird once again.  This time she followed the cardinal for five minutes, her Canon T5i camera in hand.  It was during this encounter that she was able to finally snap some photos.

Workman stated, with a laugh, that:

“Following the bird is, of course, not the best way to get pictures of it.  But, at first, I didn’t believe I actually saw it.  I was super excited.”

An Auburn University professor and curator, Geoffrey Hill, whose expertise relates in bird coloration, stated that the bird Workman photographed was actually an adult male northern cardinal.  The bird has what is suspected to be a genetic mutation that is rarely found in the cardinal species. 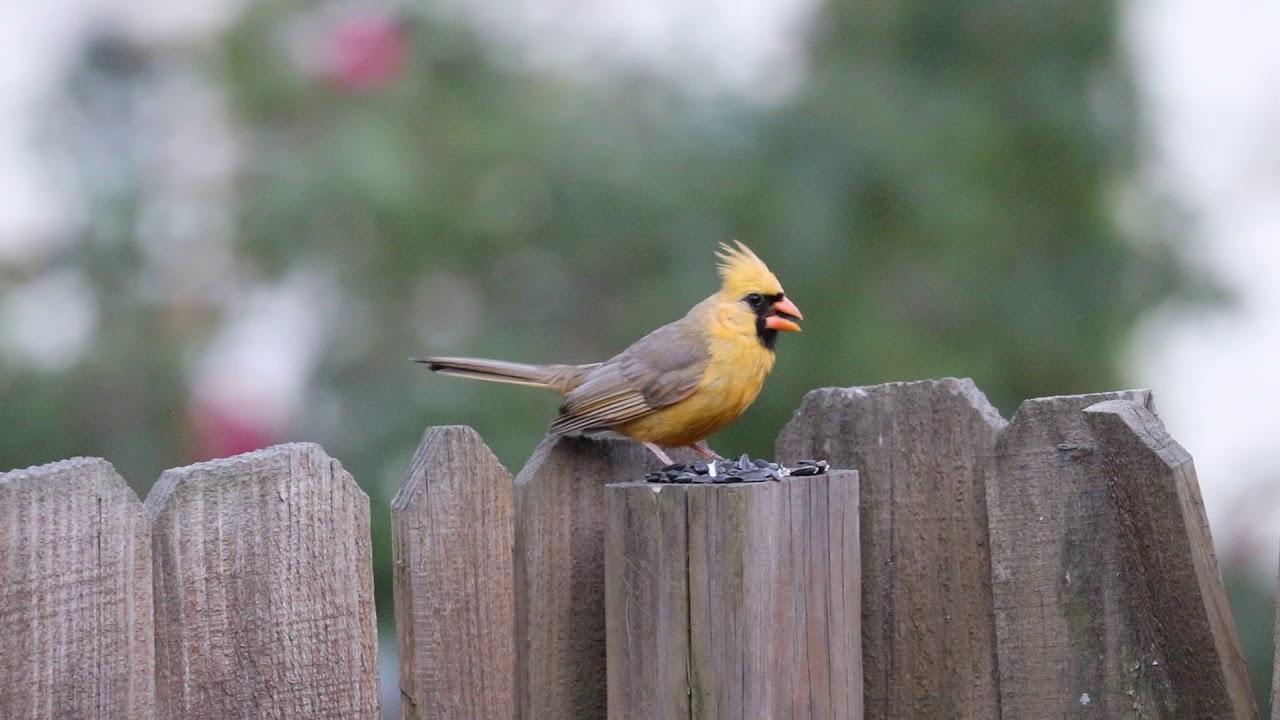 The mutation, according to Hill, that occurs in this species of the northern cardinal, presents as a “knockout of the redness pathway,” present in the DNA of the species.  This, in turn, blocks the usual red pigmentation, and in return, replaces it with the vibrant yellow color.

Statistics show that, on average, three yellow cardinals are spotted and confirmed each year.  With this extraordinary amount of sightings, they are often referred to as “one in a million” finding, according to Hill.

For a better understanding, think of the yellow mutation as being analogous to albinism that is found in a small percent of the human species.  As it turns out, all birds have the propensity for their DNA to be subject to mutations.