Having lived through 2020 and the ongoing pandemic, along with such strange events as murder hornets, flying snakes, and metal monoliths suddenly appearing and then disappearing in areas all over the world, one would think it would take quite a bit to surprise and shock us anymore.

Recently there was an event that did just that when reports came in of stunning pillars of light dazzling the northern US sky.

Like an event straight out of a current-day science-fiction movie, the dazzling columns of light were recently spotted across the area of the northern United States.

The glowing columns seemed to dance upward toward the night sky and did not short of mesmerizing those who witnessed them. 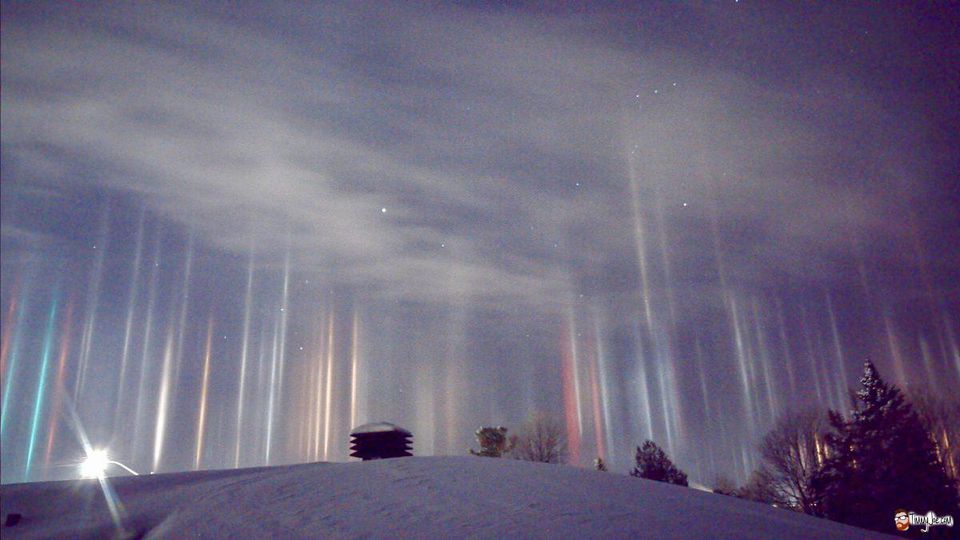 “It was almost like I was looking at the northern lights because they were bouncing, moving, and changing in appearance.”

Taylor himself witnessed the light pillars earlier his week in North Platte, Nebraska.

Although your sitting by your fireplace with a cozy blanket and a good book poses a very inviting setting, you may be even more rewarded by taking a few moments to step and glance up at the night sky.

It is important to note that these beams of spectacular colored light only appear when the temperatures drop well below freezing, so make sure you bundle up really well.

The aforementioned light pillars form when the climate is much colder, and those ice particles near the ground are light enough to become suspended in the air. 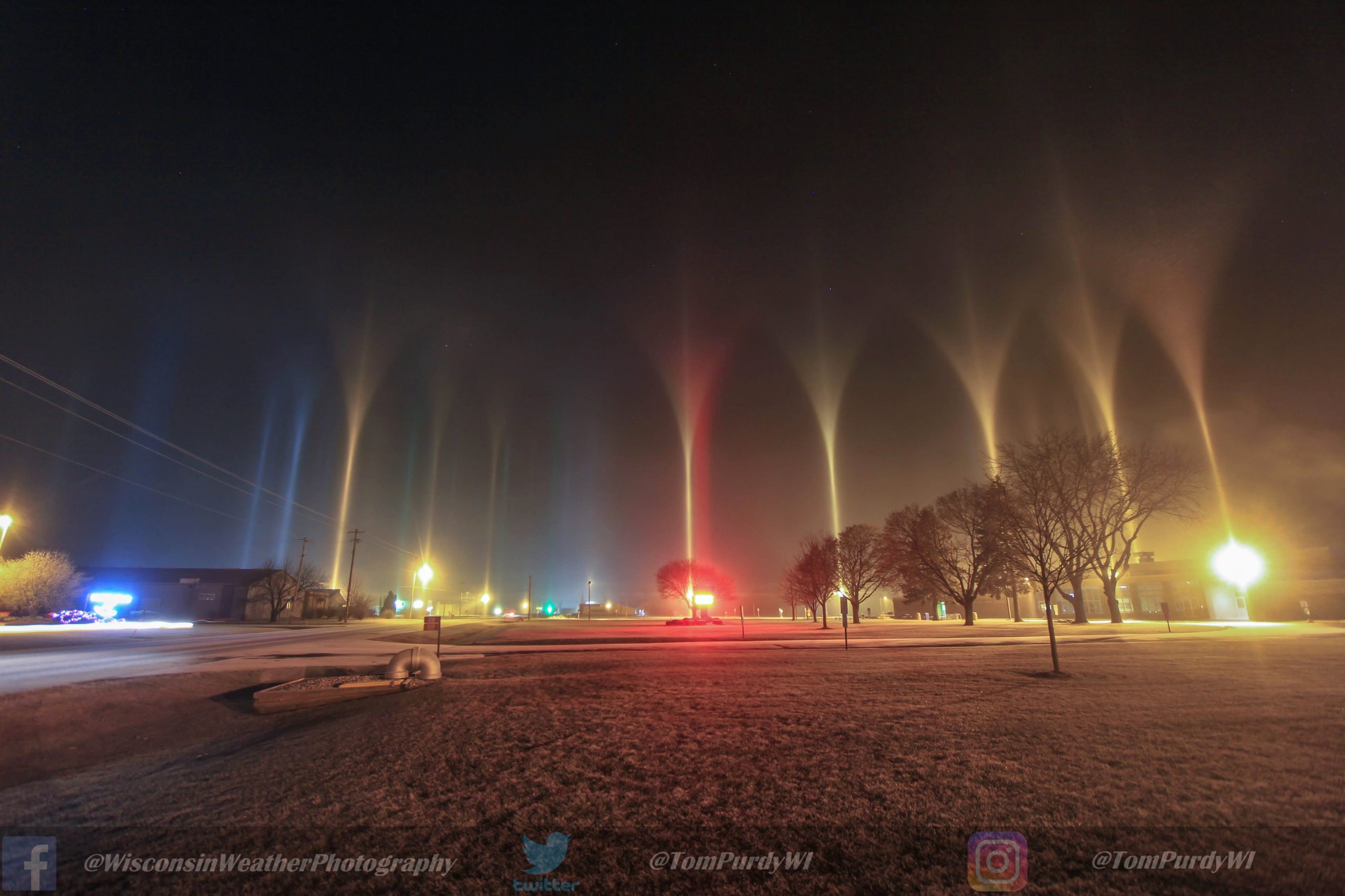 If there is no wind and the atmospheric conditions are calm, the particles will stack one on another, drifting through the atmosphere.

Then, much like a mirror, the collection of ice surfaces will reflect the light of a nearby source—such as a street light, moonlight, or even sunlight.

According to the NWS, although there is no known specific temperature that determines the light pillars formation, the temperature at ground level is typically registered at 10 degrees Fahrenheit.