What if you suddenly found your toilet won’t flush, and upon further investigation discovered that the problem is that it has snakes in it?  Me I would be on the phone to Samuel L. Jackson faster than the speed of light!

When an Australian woman found snakes in her toilet, this very scenario might have gone through her mind.  I mean, after all, he has headed up two “snake” movies—Snakes on a Plane and Snakes on a Train—why not add a third entry with Snakes in a Toilet?

Surprisingly to most people, it turns out that snakes like to take any opportunity they can to chill in toilets during the hotter months in Australia.  Admittedly, they are not at the top of most individuals lists of what they want to see the first thing in the morning.  One snake in a toilet isn’t that uncommon. However, four—well, that is the stuff of which nightmares are made! 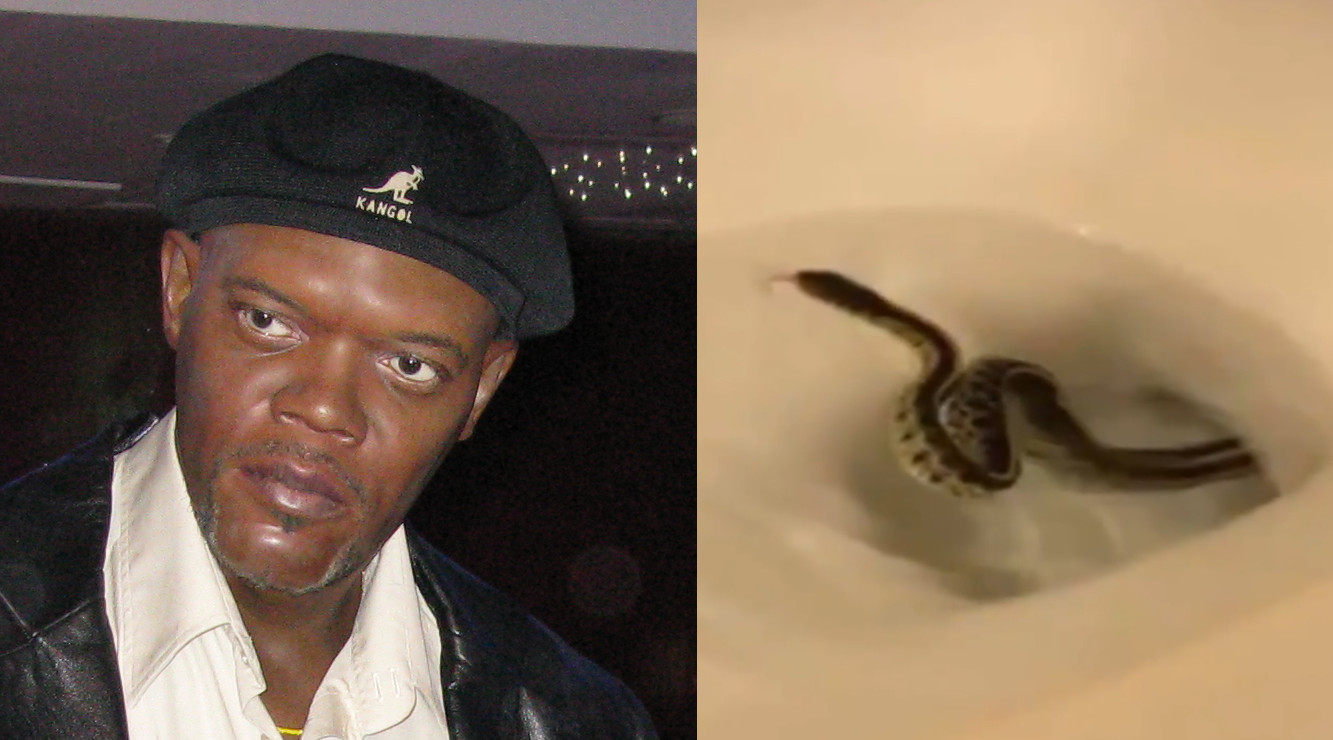 Sofia Pearson, of North Queensland, was having a bit of a problem flushing her toilet over the weekend.

“I went to the toilet, and then I went to flush it, and I really had to push down on the button to get it to work, so I was a bit confused.”

Living in a remote part of the outback on a cane farm, Pearson decided to take the matter into her own hands and fix the issue herself.  When she removed the tank lid, from the back of the toilet, to get to work, she discovered four, 1 ½ to 3 foot long, snakes that were coiled all around her plumbing.

Pearson suspected that the snakes crawled in through the cracks in her floorboard, after having discovered a fifth snake near her toilet.  She figures she will more than likely have her floorboards fixed so that she isn’t faced with this type of situation again.

Me, I still say call Samuel L. Jackson—he knows how to deal with snakes—that is for sure!