A mother who was sympathetic to the U.S.’s unprecedented baby-formula shortage decided to pay for breastmilk pumping to feed needy babies.

Chiara Sottile, a mother of two, said, “I’m paying to be a milk donor. Originally, I was feeding my son, but things have gotten so dire in this country, so how can I stop? I can’t bear to see these families giving their baby evaporated milk when they’re running out of formula.”

In the wake of the baby-formula shortage, parents in the U.S. panic over their ability to feed their babies. 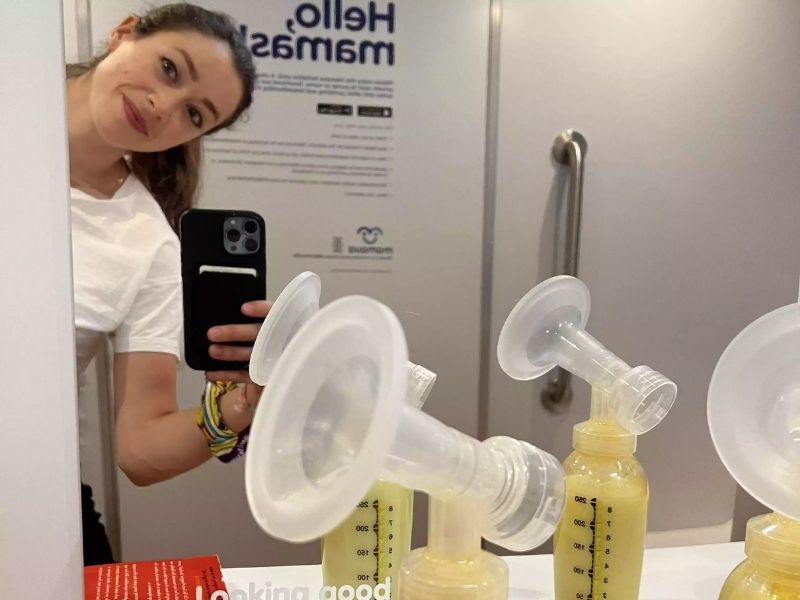 The crisis made it impossible for Sottile to find the formula for her children’s needs, so she keeps her rented breast milk pump, for which she pays $92 each month without any reimbursement.

She pumped thousands of ounces of milk to donate to families, including one with an adopted child.

In addition, it costs her in other ways.

She said, “There’s the monetary expense, but there’s also the time away from your kids, pumping in supply closets and the back of cars on shoot locations.”

Mom said she feels “privileged” that she can help absorb the costs but angry at what she calls a system’s failure.

Despite planning to wean her 13-month-old son months ago, she couldn’t bring herself to stop providing food to struggling families.

She said, “We are seeing babies hospitalized because their caregivers have no better options adding, I have an oversupply, and being able to share it is a gift.”

On a recent business trip, Sottile pumping on the airplane, at the airport, and in the hotel, she drew 60 ounces of milk.

After meeting a local mom, Sottile knew precisely what to do with her stash.

She said, “I opened up my little cooler bag and gave her the milk. You don’t expect someone to hand over their breast milk.” She was stunned and grateful and teared up.

When Sottile’s breast milk coolers reach the milk bank in her area, the look on a mom’s face is priceless.

She said, “It makes every $92-a-month payment, every hour sitting next to that pump, worth it. There’s no comparison to seeing a grateful parent and baby who can confidently and happily eat because of you.”