Included in the 520 new additions are the terms: COVID-19, second gentleman, long-hauler, flex, ASMR, and sapiosexual.  Several of the words have more than one meaning, while others may have new meanings altogether.

An example of an added meaning is that of the term long-hauler.  Pre-pandemic, this term carried the definition of a person that travels long distances, but now it has an additional meaning.

In relation to the pandemic, the other meaning being “a person who experiences one or more long-term effects following initial improvement or recovery from a serious illness.” 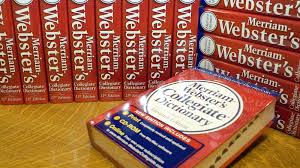 ASMR—otherwise known as an autonomous sensory meridian response—is defined as “a pleasant tingling sensation that originates on the back of the scalp and often spreads to the neck and upper spine, that occurs in some people in response to a stimulus, that tends to generate a calming effect.”

Second gentleman is a new term that has come into use because of Vice President Kamala Harris’ husband.  The term is defined as “the husband or male partner of a vice president or second in command of a country or a jurisdiction.”

When used as a verb, the term flex has been defined as to bend.  However, it now has an additional meaning defined as “to talk in a boastful or aggressive way.”

Usually, it can take years, if not decades, for a word to be added to the dictionary.  However, the term COVID-19 made the cut in only 34 days.  The next fastest word addition occurred in 1984 within two years, and that word was AIDS.