The first quarter in circulation features the legendary poet, activist, and author Maya Angelou, making her the first Black woman ever to appear on the coin.

Other honorees include astronaut Sally Ride, the first American woman in space; Anna May Wong, the first Chinese-American film star in Hollywood; Wilma Mankiller, Cherokee Nation Leader, and politician Nina Otero-Warren, the first Hispanic woman to run for U.S. Congress. All their coins will be out later this year or by 2025.

Ventris C. Gibson, U.S. Mint deputy director, said, “It is my honor to present our Nation’s first circulating coins dedicated to celebrating American women and their contributions to American history. Every 2022 quarter is designed to reflect the breadth and depth of accomplishments celebrated throughout this history coin program.

He added, “Maya Angelou featured on the reverse of this first coin in the series, used words to inspire and uplift.” The image is “inspired by her poetry and symbolically how she lived,” indicated by the U.S. Mint’s website.

Angelou gained an international reputation following his revolutionary autobiography, “I Know Why the Caged Bird Sings, in 1969. The story portrays the author’s early years and explores subjects in a male-dominated society through a black female’s eyes.

Her entire career includes dance, theater, journalism, and social activism. Angelou became the first black woman to write and present a poem at a presidential inauguration when she read the poem at President Bill Clinton’s inauguration, “On the Pulse of Morning.” 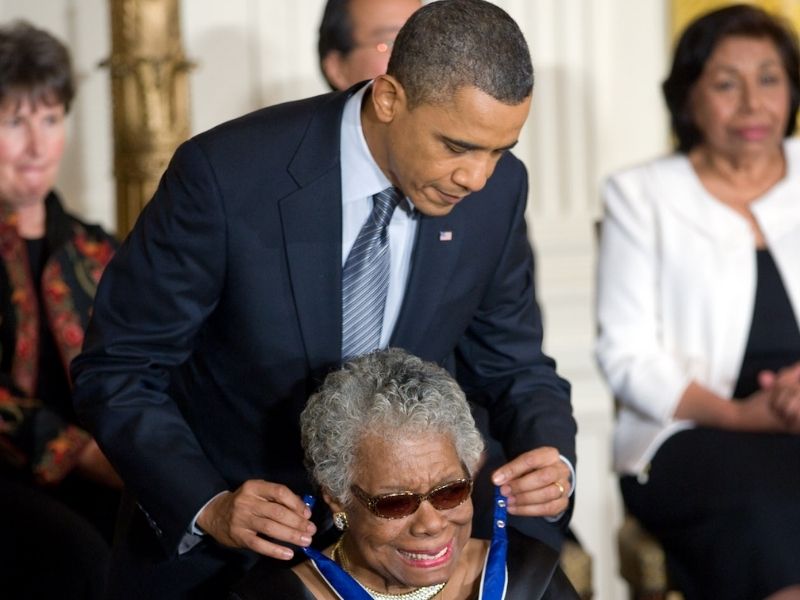 In 2010, Angelou was presented with the Presidential Medal of Freedom by President Barack Obama and was the 2013 recipient of the Literarian Award, an honorary National Book Award for contributions to the literary community.