The good news is that the CW’s Legends of Tomorrow has been officially renewed for a sixth season.  The even better news is that its upcoming May 26th episode will see the team visiting the television series worlds of none other than Star Trek and Downton Abbey.

The episode was teased last month in a somewhat hilarious trailer, which also included a look a the Waverider bunch in the themed worlds of Friends and Mr. Roger’s Neighborhood as well.  Along with the official renewal announcement, everything is looking peachy for the show’s fans.

The series had already wrapped up filming months ago, which meant that their production was, for the most part, unaffected by the COVID-19 pandemic outbreak.

This is contrary to its sister series, including Supergirl, Batwoman, and The Flash—all of whom were forced to halt production and end their seasons short the usual amount of episodes. 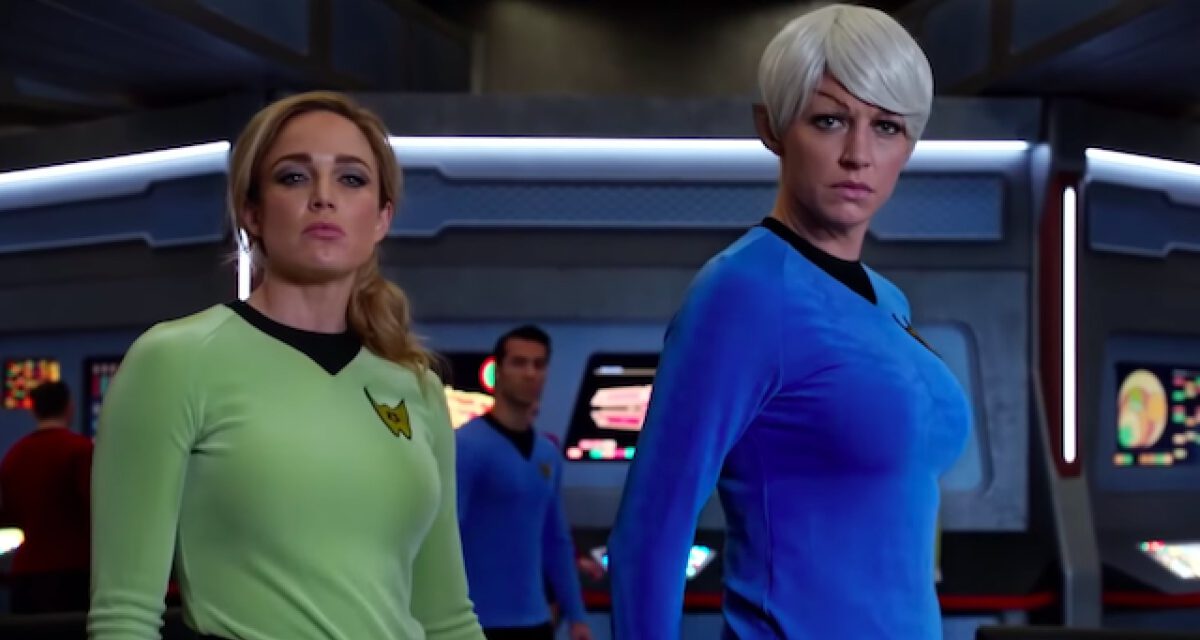 Legends of Tomorrow, unlike the other mentioned series, will have a more natural ending to its current storyline arc, which will serve to further contribute to its history of being one of the more consistent series in the Arrowverse.

Series star Nick Zano (Nate Heywood) said that the upcoming May 26th episode was one of the best episodes to date of the television series, but added that it was also one of the hardest they had ever made as well.

The official synopsis of the episode reads as:

“in true Legends style, some can’t just be blissfully ignorant and happy, but figure out a way to end up messing with the system.”

The grand thing of it all is that Star Trek and Downton Abbey are only two possible universes that the series may visit.  In the trailer that dropped last month, there was also the appearance of zombie footage, which means that the Waverider crew may even visit the universe of such films as Shaun of the Dead or 28 days later.