Kate Middleton pays tribute to her 40th birthday portraits of the most iconic royal females in history. 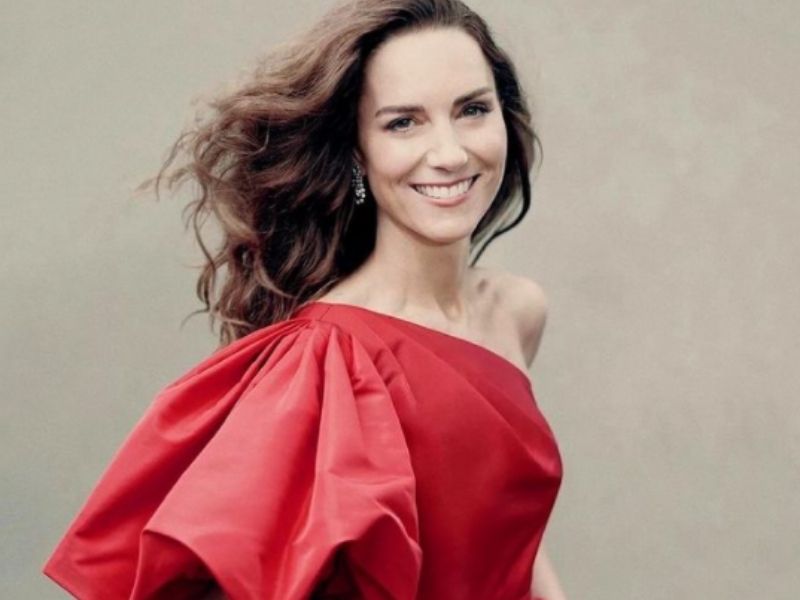 She wears a red satin one-shoulder gown in a photo and the diamond earrings belonging to the 95-year-old Queen.

Kate wears a traditional portrait pose in another black and white photo and wears diamond pearl drop earrings that belong to Princess Diana, her late mother-in-law. In addition, she also wears her mother-in-law’s iconic sapphire engagement ring in full view.

Kate wore the two earrings on several other occasions, regularly channeling Princess Diana through her royal style. She is often seen adorned with jewelry from the Queen’s collection.

Kate celebrated her birthday in private as COVID-19 cases continue to escalate in the U.K. She celebrated her 39th birthday last year with a tea party at their country home, Anmer Hall, in Norfolk hosted by her husband Prince William and their children Prince George, Princess Charlotte, and Prince Louis 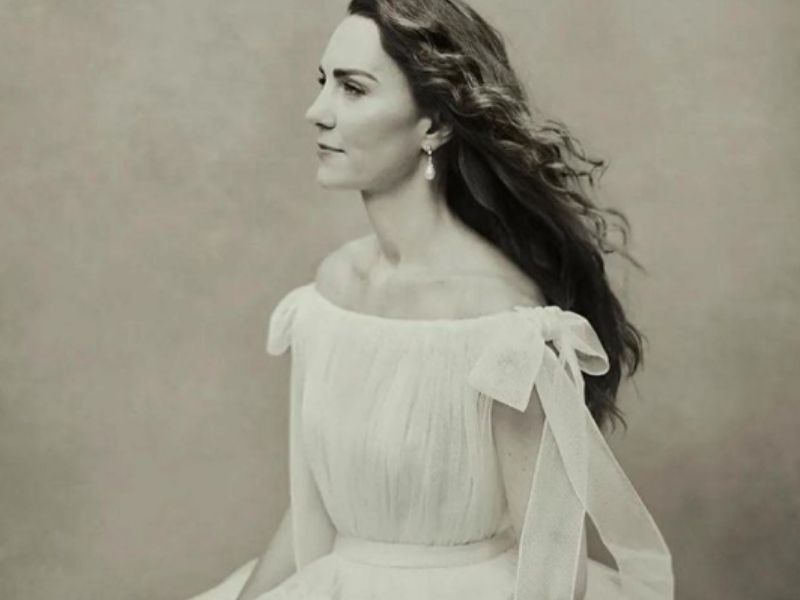 More than ever, Kate is preparing herself for future queen consort along with Prince William as Queen Elizabeth canceled commitments because of recent health problems and the decision by Prince Harry and Meghan Markle to withdraw from the royal family.