Move over Robert Downey Jr—there’s a new sheriff in town!  Well, not so much a sheriff as more of a replacement in the MCU.  With 23 box office juggernauts on its roster to date, the MCU is undoubtedly as bulletproof as a cinema franchise can get.

For example, Phase One and Phase Two both heavily relied on the actor Robert Downey, Jr, who portrayed Tony Stark and whose film Iron Man served to kick off what would be the biggest franchise in film history.

With this launch, Robert Downey, Jr was put into the role of the marquee character and, as such, the main draw for viewers.  However, RDJ has since hung up his Iron Man suit, and in essence, no longer needs the MCU—and in return, they undoubtedly no longer need the actor, either. 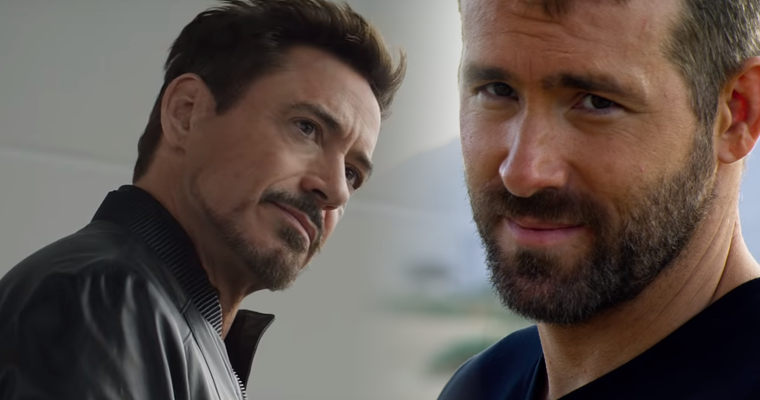 RDJ’s departure opens up the position of the new “it” actor at the MCU, and the actor being volleyed around to fill the spot appears to be none other than Deadpool’s Ryan Reynolds.  Even though RDJ and Reynolds are known for their charisma and their sarcastic styles, this is in no manner a like-for-like replacement or swap.

Reynolds is already an A-lister in Hollywood and is firmly entrenched as so.  RDJ was considered a risk when he took on Iron Man, and director Jon Favreau had to fight tooth and nail to convince the studios to sign off on the actor.

RDJ came with a lot of baggage from the previous decades of his life, and that baggage almost had the studio passing on him as a choice.

If the MCU wants Reynolds, they had better get themselves in gear.  Reynolds is already older than RDJ was we he first appeared in the 2008 Iron Man.  And, as it turned out, RDJ went on to make ten appearances in MCU-produced movies over the span of eleven years.