As the baby formula shortage worsens, parents vent their frustration on social media.

Parents are scrambling to feed their children due to a shortage caused by supply chain problems and the recall of formula by Abbott Nutrition.

During the first week of May, Datasembly reported that 43 percent of the nation’s formula supply was out of stock. 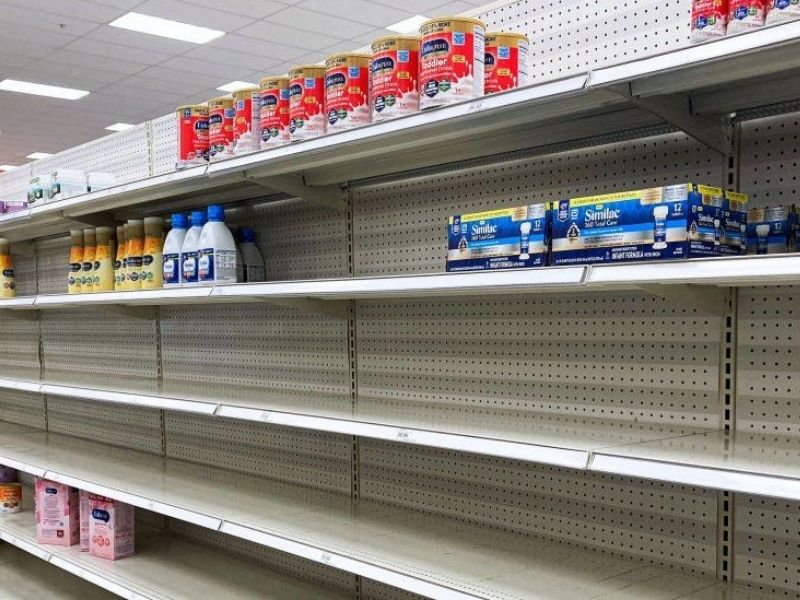 FDA Commissioner Dr. Robert Califf said on May 26 that it would take two months before the formula supply returns to normal.

Formula Fairy Allison Seckel asked her followers to send photos of the formula situation where they live.

Seckel wrote, “Parents are literally driving across states to get formula or desperately bidding on eBay for the specialty formula they need.”

If their usual formula type isn’t available, desperate parents must switch if their babies’ sensitive stomachs can’t adjust to a new formula.

Celebrities also talk about their struggles during the formula shortage on social media.

A country music singer confessed on TikTok that finding the unique formula his son needs has been a challenge.

William says, “I’m trying not to cry, but I have no idea what to do. We searched every store in the county and couldn’t find anything.”

An Instagram user named @kittenenigma posted photos of bare shelves as they hunted for the correct type of formula.

@kittenenigma writes, “Just some of the pics of stores I went to searching for Eli’s type.”

A store kept formula with the cashier instead of on shelves.

Some stores limit how much formula can be bought on their shelves, even when kept on the shelves.

Breastfeeding mothers are also feeling the effect of the formula shortage. It’s difficult for many women to breastfeed exclusively, and formula supplementation is standard. 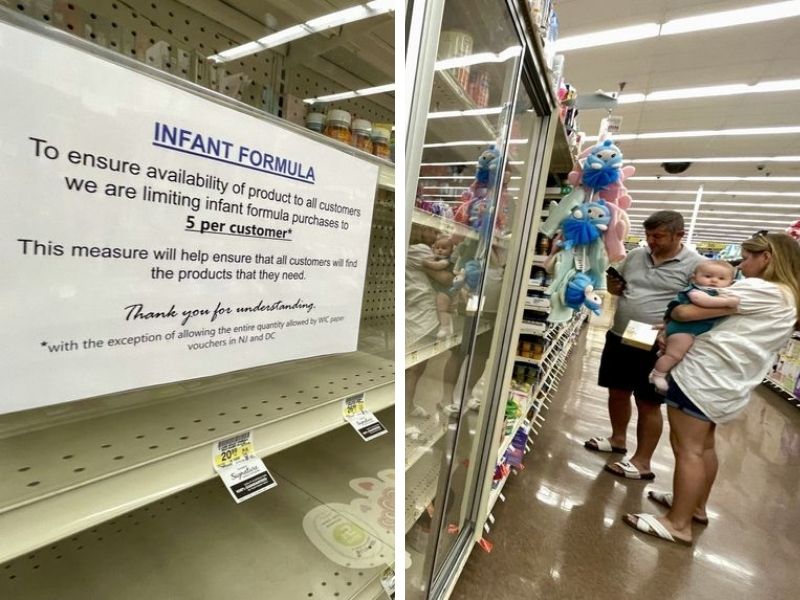 Social media users criticize what they see as hypocrisy from GOP lawmakers claiming to be pro-life while attempting to ban abortions.

Many are frustrated and heartbroken when they continue to search for a formula without success.

Some parents continue to search for formula as they distribute messages of solidarity.