In 2010, audiences were introduced to an up-to-date new take on the classic and iconic detective Sherlock Holmes, along with his sidekick Watson.  The 19th Century character was whisked into the present day, and even though one would think the idea would be problematic—the notion proved to be just the opposite.

As a die-hard fan of the show and the lead actors, I can’t help but think that the reason it worked as superbly as it did should be credited to Benedict Cumberbatch and Martin Freeman.  Cumberbatch portrayed Holmes’s character to a “t,” and Freeman gave Watson the humanity that was needed to balance the show.

The series ran for four  short seasons and aired one holiday special.  Since the series ended, it has amassed a fan base on the verge of cult status.  Need we not mention the critic accolades the series received, including Emmy’s for both Cumberbatch and Freeman.

It has been four years since the touted to be final season of Sherlock, season 4, aired on tv screens.  The season itself received somewhat mixed responses from the viewing audiences.  When the season ended, it was still unclear as to whether there would be more episodes or another season—and the question hasn’t been officially cleared in those four years. 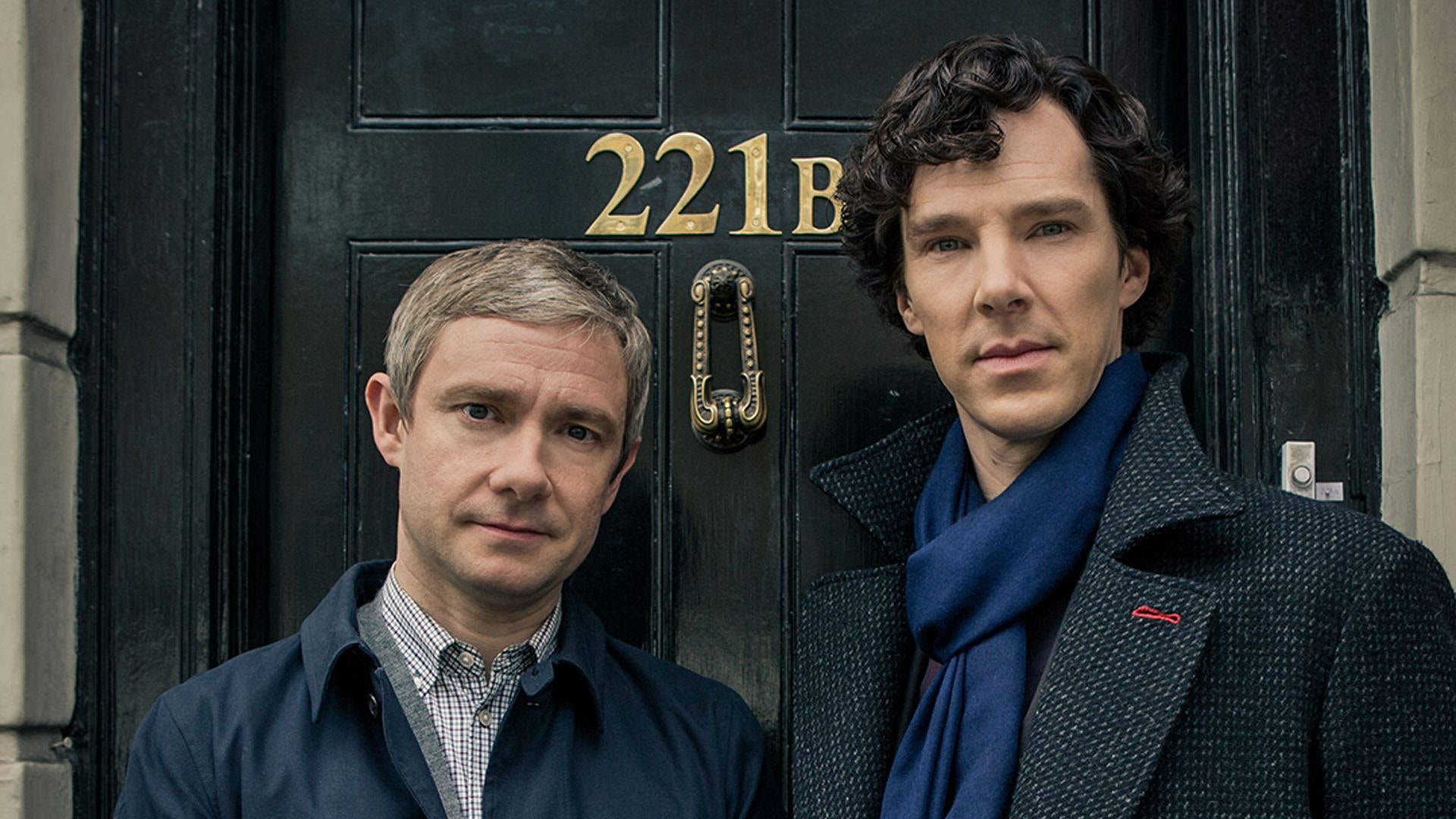 Even when Sherlock was being produced, the series resulted in several years between them, with the two stars’ careers taking off.  Then, with the airing of the final episode of season 4, one could say that it was left to be a finale ending.

In a recent interview, Freeman touched upon whether or not there may be more Sherlock to come.  To fan’s delight, he seemed to think of a possible continuation down the road, if only as a TV movie.

Freeman feels that the best chance of a return is a movie but cautions that he is willing to wait a while longer in the effort of determining if fans are even wanting more of the iconic detective duo.