It looks like there will be a forthcoming fourth entry into the Jeepers Creepers franchise, titled Jeepers Creepers: Reborn.  We don’t know much about the newest sequel, but Timo Vuorensola is the director, and Sean Michael Argo wrote it.

The only cast member of the film that has been officially confirmed is Gabriel Freilich, who will portray the character of Sam.  The rest of the cast members are remaining a secret—for now.  No official confirmation has been offered as to the studio that produced the film.

This newest installment saw the placing of a new director, but even with that, fans are eagerly anticipating the premiere of the sequel.  The film’s storyline will reportedly take viewers back to the small Louisiana town where the franchise originated. 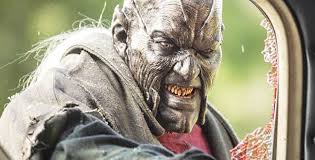 The town is hosting its horror hound festival, which attracts hundreds of thousands of horror fans and geeks alike, hoping to experience something strange and unusual.  Chase and Lain decide to attend the festival in the hopes that they will encounter just that.

The film is reported as being in the post-production stage, with an anticipated release date of Fall of 2021.  However, this is not official as the studio has not offered any form of confirmation on the premiere, only that the film is in post-production.

Some reports state that the film could very well open in theaters a few days before Halloween, most probably on October 28, 2021.  Even with this release date, it is still unsure whether the film will receive a traditional theatrical release or a digital release on the same day.