As if the first the half of 2020 hasn’t been one of the most unusual years in history, now we can add one more oddity to the list—flying snakes!  Yep, you read that right, snakes that can fly.  As someone who is not at all fond of reptiles in general, this particular one gives me the heebie-jeebies!

Data published from a recent study, in the journal Nature Physics, sheds some light on just how the snakes take flight.  The paradise tree snake flies from tree to tree, by way of undulating in mid-air.

The motion is what helps the snake to get airborne—as they don’t fly in the sense of the word, but more like glide—also aids in keeping the snake stable as it jumps from tree to tree.

The researcher heading up the study, and a scientist connected with John Hopkins Applied Physics Laboratory, Isaac Yeaton, wanted to know what actual purpose the motion itself served.  Now, after all these years, scientists may have an answer. 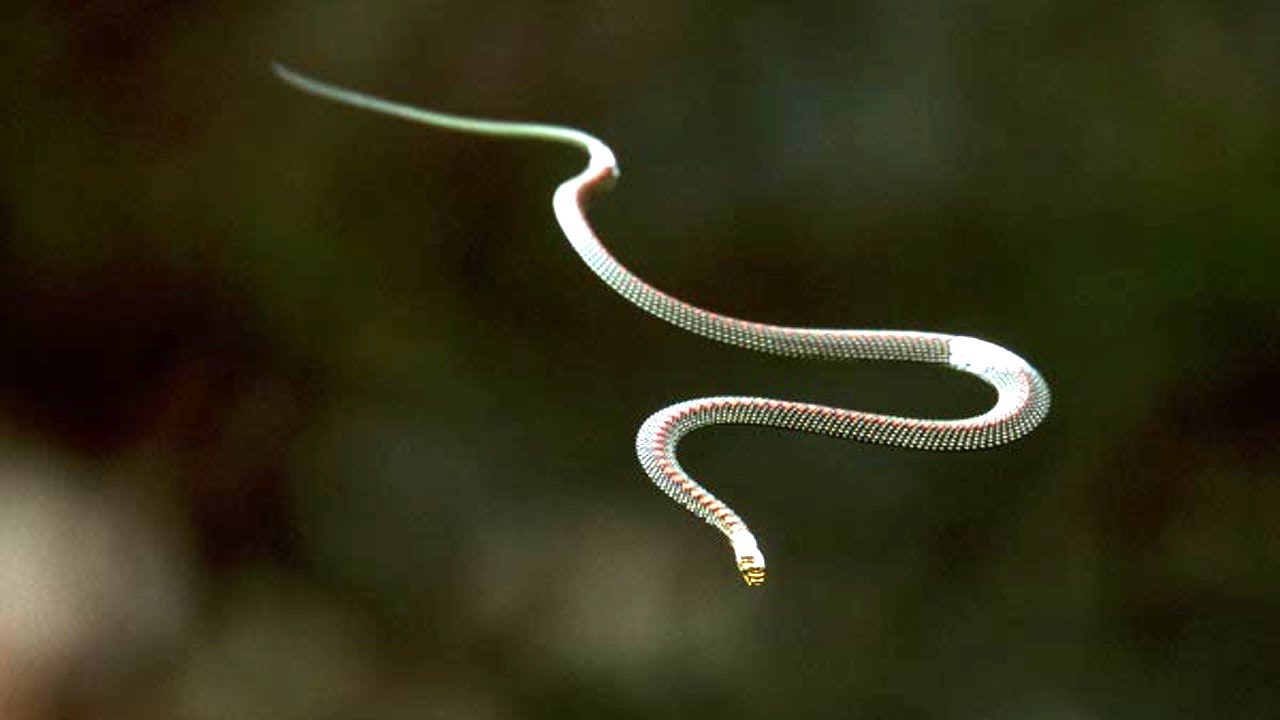 Yeaton went on to note:

“The most striking feature of when the snakes are gliding is the undulation.”

In an attempt to collect more sound data, the researches moved the study into Virginia’s Tech’s four-story black-box theater, otherwise known as “The Cube.”  The theater provides motion-capture cameras, and researchers place anywhere from 11-17 markers on each snake.  The markers provided a look at how the snake’s body moved and its exact positions as it undulated more than 300 times each time it glided.

It was determined to the snakes not only moved up and down but also moved side to side when gliding.  Scientists also discovered that the undulating motion keeps the snakes “airborne,” as, without it, they would fall from the sky.

The United States doesn’t have to worry about an onslaught of flying snakes, as they are only native to south and southeast Asia.  However, it has been a bizarre and unusual year so far—so who knows for sure.