The latest adaptation of Frank Herbert’s sci-fi epic Dune has a lot of anticipation going for it. First, it’s directed by Denis Villeneuve, a director with a massively strong filmography that spans atmospheric science fiction (Arrival, Blade Runner 2049) to gritty thrillers (Prisoners, Sicario). Second, it has perhaps the best ensemble cast of the year, which includes the likes of Timothée Chalamet, Zendaya, Jason Momoa, Oscar Issac, Josh Brolin, Dave Bautista, Stellan Skarsgård, and many more. And third, this new trailer just looks stunning.

Warner Bros has officially revealed the first trailer for Villeneuve’s Dune, revealing glimpses of the planets of Arrakis and Caladan, as well as brief shots of most of the cast. The first glimpses of the trailer were previously only showcased in the theatrical screenings of Tenet, where a few moments of the infamous Gom Gibbar scene were shown (the part of the trailer where Paul is forced to place his hand inside the box of pain). Now with a full trailer, we can see more of that scene as well as the vast vistas for this epic galactic war and vie for resources. And, yes, the trailer saves the best for last when finally revealing what the sandworms of Arrakis will look like. 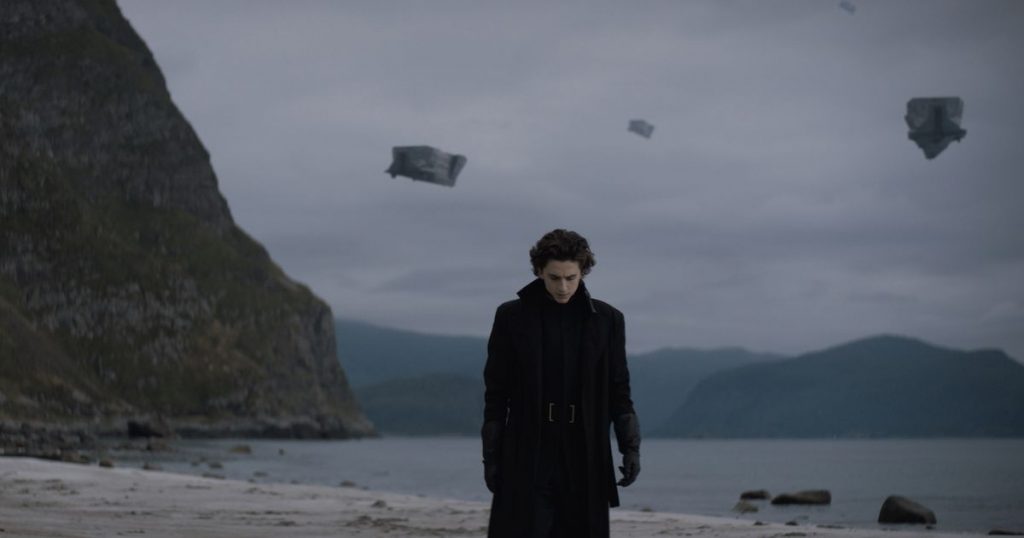 Watch the full trailer below: