In 1962, Julia Child made her debut on television without preparing beef bourguignon or coq au vin. Rather than creating elaborate menus, she introduced the art of French cooking to Americans through a simple yet crucial feature: the omelet. The French word “omelet” appeared in the 16th century, but the word itself dates back to ancient times.

The delicious egg dish has become an icon of French cuisine in the years since. French omelets are prepared differently from classic American styles. The secret to nailing this classic recipe is ensuring you follow the perfect steps and best practices to avoid making an egg mistake.

Here are tips from culinary experts on making the perfect French omelet.

Benigno Armas, co-owner of La Boulangerie, said, “What makes a true French-style omelet different from an American omelet is that it is made with only eggs and butter, and the texture is soft and particular. A French-style omelet has a perfectly even light yellow color with no browned spots.” 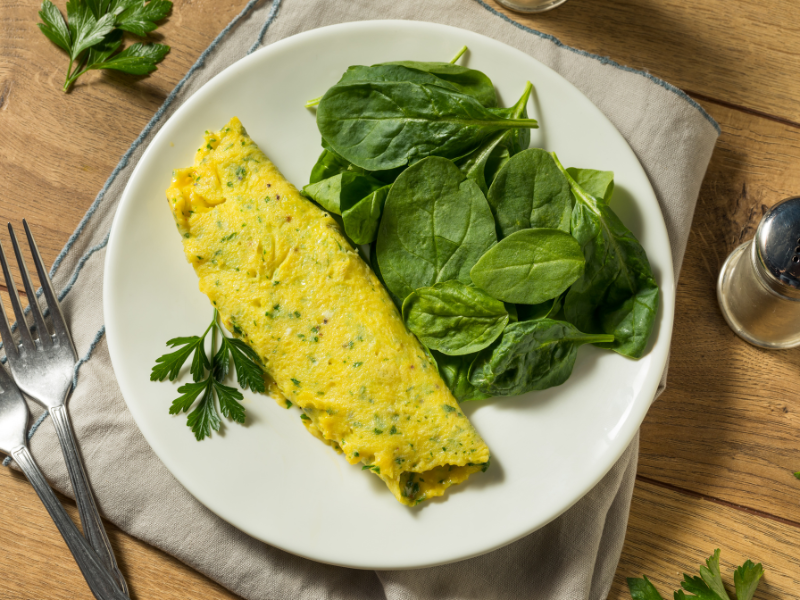 Armas said, “The first tip to achieve the perfect French-style omelet is always to use fresh eggs. It is ideal for making omelets with two eggs and a hand whisk, beating both eggs for at least 30 seconds.” Salt and pepper the eggs after they are thoroughly beaten. You’ll need a nonstick pan next.

Herve Malivert, director of culinary affairs, said, “It’s important that your pan is the correct temperature. Heat it over medium heat and add butter, and when it melts, it’s ready to go.” The eggs should be added quickly, all at once, as Malivert suggests.

Malivert advised, “Move the pan and mix with a spatula simultaneously to make an emulsion. When the eggs are creamy, tap the pan to smooth the eggs and make sure there are no wrinkles.” If you want to add the filling, ensure the omelet is already warm and forming. Malivert suggests waiting until the eggs are 85% cooked. Now it’s time to roll. 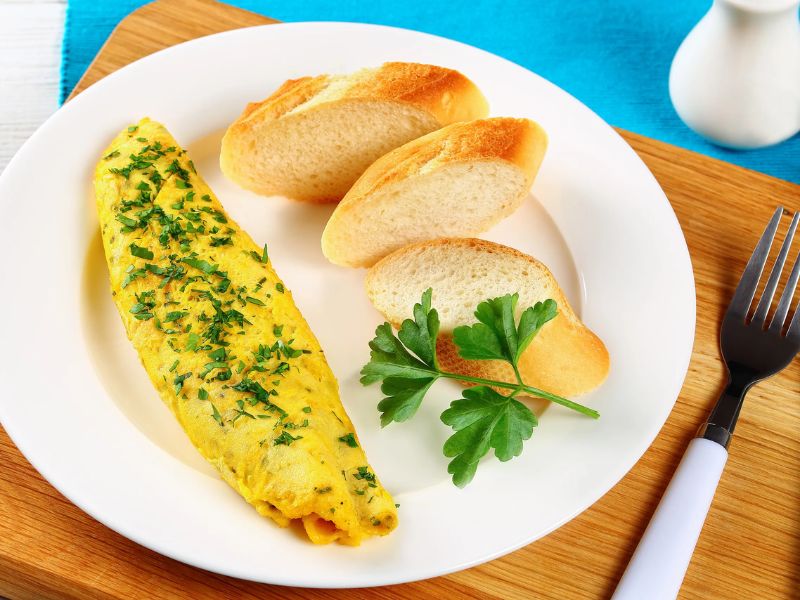 He explained, “Roll one side of the egg over to the middle to make the first one-third fold, then roll the other side towards the middle, so it’s in thirds. Flip it out the pan, so it’s served seam-side down.” It’s easy to mess up a French omelet, even with simple instructions. Overheating food is also a bad idea.

Inconsistencies can occur if you don’t grease the pan with butter. Don’t put too many eggs in the French omelet. Armas said, “Using a lot of eggs is another common mistake because it will require a lot of cooking, which will change the flavor and texture.”No matter what, don’t give up. The French omelet takes practice.