Realness is the category for high school prom kings.

Cristian Hernandez barely missed a beat as he strutted down the red carpet in a black sequined gown, blond wig, and feather boa to collect his prom king crown, standing next to his four suit-wearing competitors. 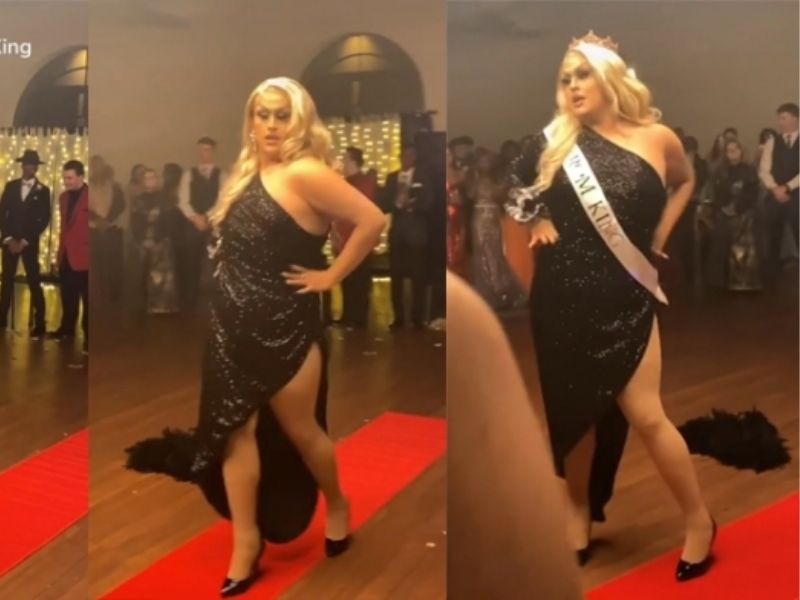 Hernandez said, “Honestly when I walked out there, I left everybody speechless, who is nonbinary and uses he and they pronouns.

However, before Hernandez heard his name called, he said he was not expecting to win.

Hernandez said, “I was just planning to do something crazy for prom, and I thought, ‘Why not go in drag?'”

It’s not easy to wear total drag, though. Hernandez said it took him five hours to get ready for his evening, including full makeup and hair.

In spite of this, he emphasized that the extra effort was not only for glamor.

Hernandez said, “I want to inspire people to try and break down those barriers that have been put up.”

In addition to Jeffersonville High School students near the Kentucky border, Hernandez’s crowning achievement will benefit students across the state

His classmates were not happy he won, but Hernandez just shrugged them off.

He said, “The boys at school always have a problem with something.” 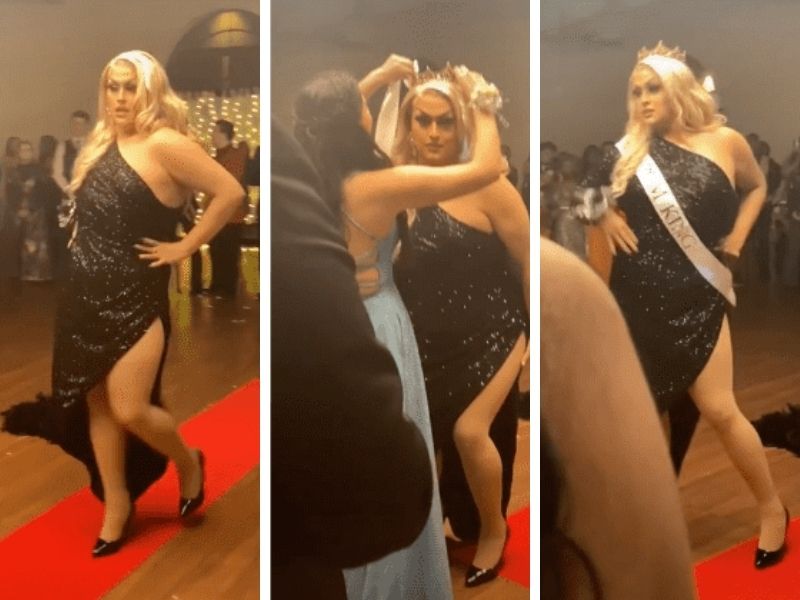 Asked if he had a message for other LGBTQ young people, Hernandez said: “Really be yourself, and confidence is key. You can’t let people tear you down.”

Hernandez belongs to the growing number of LGBTQ high school students who have made headlines for breaking down barriers and defying traditional gender roles.