When it comes to social distancing at Disney Springs, the entertainment complex called in some heavy hitters—none other than that of Stormtroopers.

When Disney Springs was given the go-ahead to reopen this last week, fans turned out In massive numbers.  Even so, it has been reported that Florida residents, who are more than happy to get back to “normal” have been, for the most part, doing well with their social distancing.

However, because of the current state of the world today, Disney made sure that they had a stable back up plan just in case any park-goers get a little out of line or cause a dustup.

Disney Springs had a contingency of Stormtroopers, straight out of the Star Wars franchise, patrolling the grounds to make sure that all attendees are following the required social distancing guidelines.

The patrols are just a friendly reminder to all in attendance. 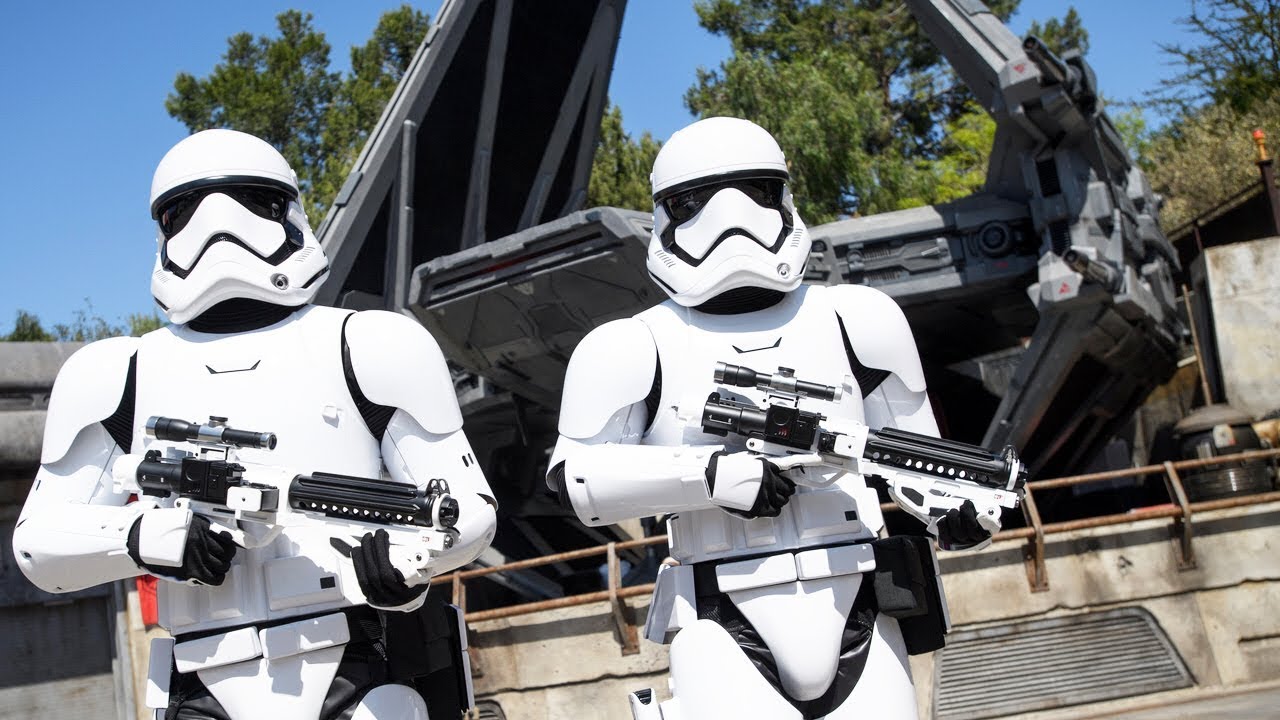 They may be portrayed as something altogether different in the film franchise, but they are present to make sure that the park-goers are able to enjoy themselves in a safe and healthy manner.

Reports so far indicate that the results are nothing but positive, which should make Kylo Ren proud of his troopers if that is an emotion he can express.

Although Disney Springs is open for business, Disney World has yet to follow suit.

It was officially announced that Disney World would be opening up on July 11th—the first time the park has had its famous gates open to fans since March.  Disneyland has also been shut down since March as well.

When park goers enter the kingdom, they will notice some obvious changes.  The first and foremost is that no one may enter unless they are wearing a mask.  If you do not have a mask, the staff will gladly provide you with one.

here will also be the requirement of temperature checks, as well as the strict enforcement of social distancing.  Payments will be cashless, and everything will be wiped down constantly.