Thanks to a group of conservationists, a bald eagle chick is safe at home after its parent accidentally threw it out of their nest.

A baby bird was sleeping on one of its parents’ feet when the larger animal “took off” in late April and “accidentally knocked the chick out of the nest,” research ecologist Peter Sharpe told CNN. 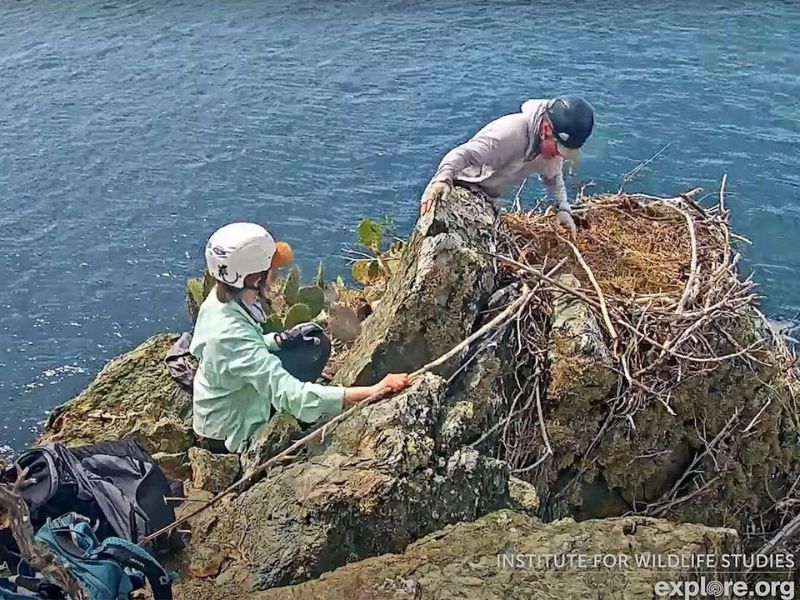 According to the outlet, Sharpe oversees the bald eagle restoration project on the Channel Islands in California, where he and his team monitor nesting bald eagles.

According to CNN, 21 nests are being monitored by the group this season.

Sharpe told the outlet that the baby chick was born on April 6 and fell into a gully 10 to 15 feet below the nest.

This video clip shares the moment the small animal was thrown out of its home by Explore Live Nature Cams.

After the chick’s fall, Sharpe and two others found the bird in the woods and performed a health check before reassuring it to return to its nest.

“The chick doesn’t seem injured,” Sharpe told CNN, noting that it has been eating well and sleeping well. 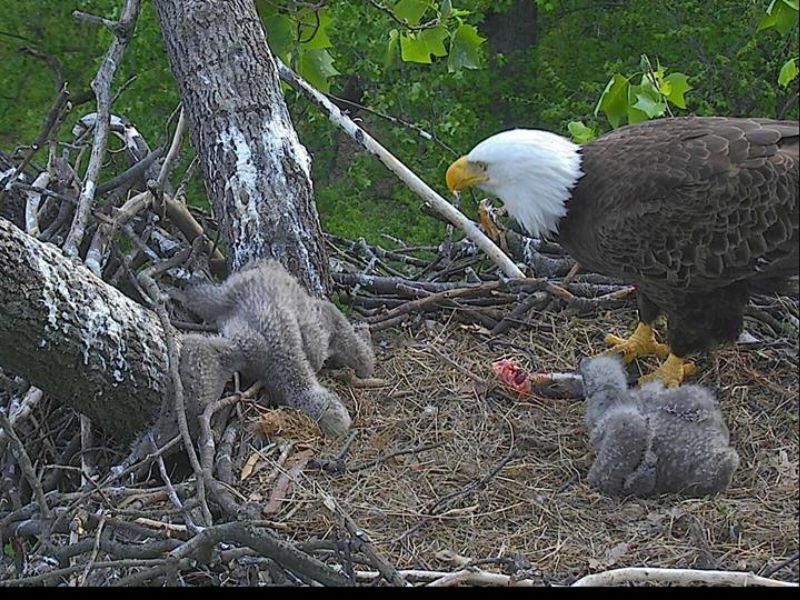 He added, “A lot of effort’s been put into restoring the eagles. The loss of one chick in a season can have quite a big impact. We’re just trying to maximize the number of chicks that reach maturity.”

Sharpe told CNN that he would return to the eagle chick’s nest in a few weeks to measure the animal and identify the chick’s gender.