There was a large crowd at The Breeze Cinema 8 on Monday morning to welcome Gauge Townsend’s arrival.

Last year, Gauze Townsend, the 13-year-old, was diagnosed with osteosarcoma, a type of bone cancer.

He underwent lymphoma surgery in which his left quad muscle was removed and was fitted with a metal rod to replace his femur. 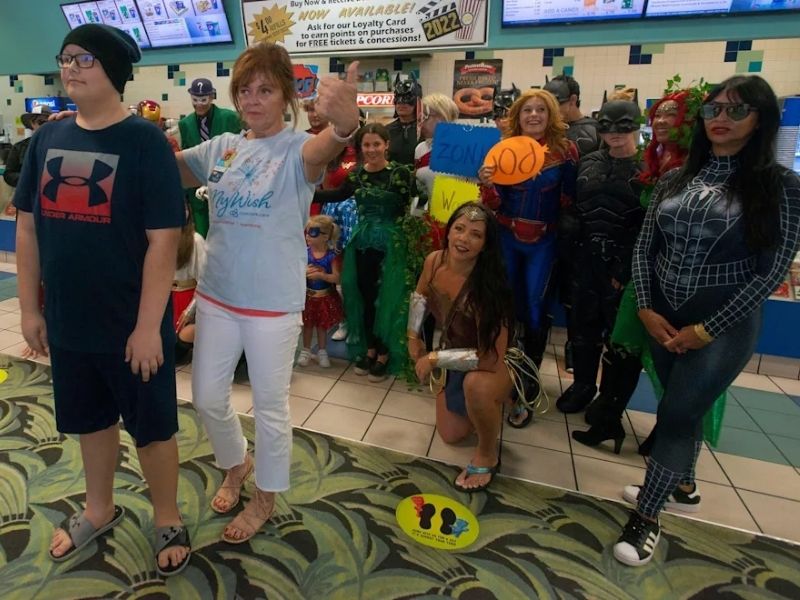 After hearing his story, Covenant Care Foundation’s leadership wanted to support him and do something to help a teen who had gone through so much.

Gauge was offered Covenant Care “My Wish,” and his wishes were relatively modest.

His only request was to rent a movie theater to see the new “The Batman” movie with his friends.

Covenant Care rented out the Breeze Cinema 8 for Gauge, a few family members, and some friends for his 11:30 a.m. show.

They hired and paid for a limo to get Gauge and his buddies to the theater in style.

The organization called Gulf Breeze and Pensacola community members asked if they’d be interested in turning Gauge’s day at the movies into a memorable one.

Gauge was greeted by a costumed crowd when he pulled up to the cinema in a limo. He had no idea they were going to be there.

Gauge was stunned to see everyone cheering for him.

He said, “My brain is breaking after walking into the movie theater and seeing more dressed up and cheering supporters inside the lobby. There are just so many people here.”

Jeff Mislevy, CEO of Covenant Care, said, “The community rallied around his My Wish, which was just to rent out the movie theater and watch a movie with his friends, and it caught like wildfire.”

My Wish, a Covenant Care program, was launched about four years ago as a similar program to Make-A-Wish.

Mislevy said, “We’ve had the My Wish program since 2018 to deliver some final wishes or wishes to people who haven’t had the recent chance to enjoy life, whether because they are battling a terminal illness or a chronic disease.”

Mislevy gave Gauge the cutout of “The Key To Gotham,” the fictional city where Batman fights crime. 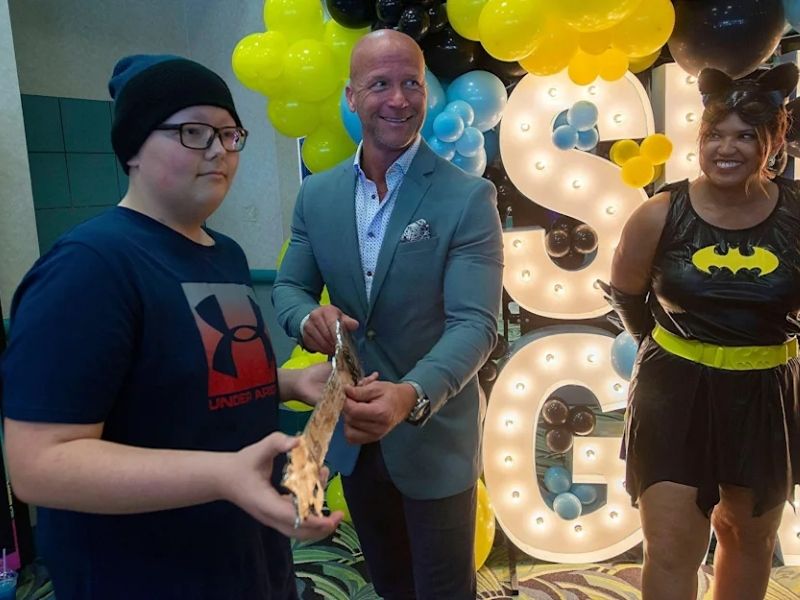 Throughout Gauge’s life, his mother, Maria Townsend, told the News Journal that she hopes he will always realize he can find support no matter what he goes through.

Maria said, “I’m surprised by how well he’s doing from the surgery to treatment. Other than being fatigued, he’s doing well.”

Gauge said seeing so many people surprised him, and he wanted to see the “Batman” movie.