Carl Burger, 17, a surfer from Florida, stood on the beach last week as waves crashed into the shoreline.

He was the only youth wearing earrings – square-shaped, Swarovski crystals – at a training session for the USA Surfing junior team.

It comes naturally to Burger with his 5-8, 118-lb frame and something else that almost always makes him stand out. 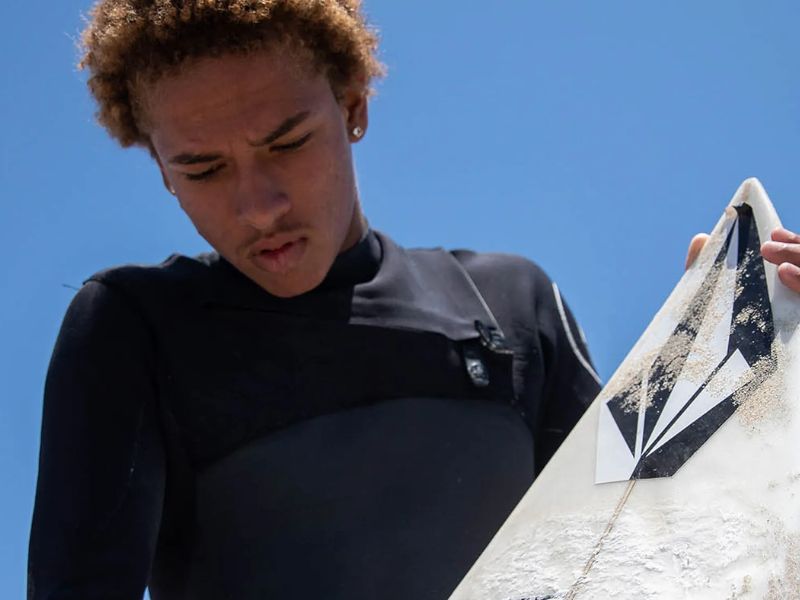 The fact that he is coming up as a potential elite Black American pro is even more remarkable than a perfect 10.0-point ride.

There are no Black Americans on the top pro circuit of the World Surf League (WSL). Burger’s trajectory looks clear, though it’s early to predict.

Ryan Simmons, head coach, the USA Surfing junior team, “He had a meteoric rise in the last year and a half. What I preach a lot nowadays is positivity in what you’re trying to accomplish.”

The National Scholastic Surfing Association (NSSA) won Burger his first national title, high school varsity men’s division. It is believed that he is the first Black surfer to win the title since it began in 1978.

Solo Scott said, “You don’t win the NSSA nationals unless you’re a great surfer,” who in 1981 became the first Black surfer to win the U.S. amateur championship. 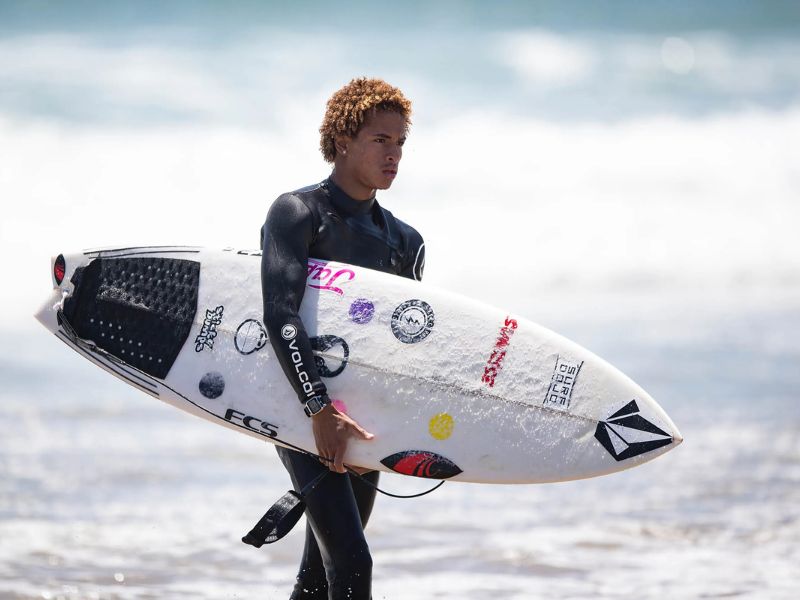 One of the largest gatherings of Black surfers in recent history, “A Great Day in the Stoke,” drew about 500 people to Huntington Beach in June.

People of all races gathered in honor of George Floyd and other African Americans who were killed by police in June 2020.

On that day, 42 Black surfers competed in the surfing competition, including a couple who launched themselves into the air with the power of the World Surf League.