We are just days away from the release of Netlfix’s latest major series, “Space Force,” which is about the space warfare service branch of the U.S. Armed Forces. In anticipation of this release, popular ice cream giant Ben & Jerry’s recently released a new ice cream flavor to mark the release.

The new flavor is called Boots on the Moooo’n, and even has both the Netflix and the Space Force logos all over the lid of the pint. This new flavor is a milk chocolate ice cream base with bits of fudge mixed in which are all shaped like cows, almond toffee meteor shaped clusters and a sugar cookie core in the center.

According to the official press release, “The flavor, which features a universe of milk chocolate ice cream with fudge cows and toffee meteor clusters orbiting a sugar cookie dough core, takes inspiration from the Space Force’s goal to get ‘boots on the moon’ with a bovine themed moooo added into the mix.” 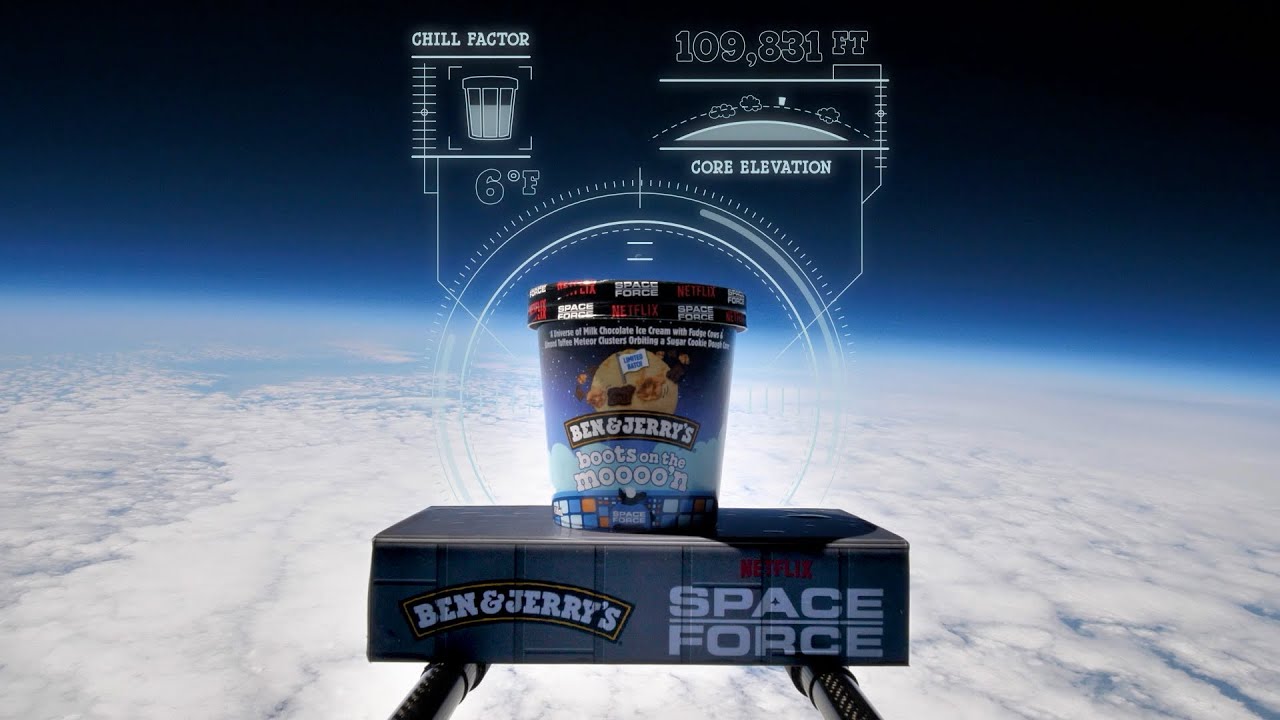 The packaging itself is a galaxy of stars with some clouds near the bottom and a planet of sugar cookie ice cream with a ring of almond toffee and chocolate cows around it. There is a white flag with the words limited batch on the planet and a description of the ice cream above it.

This limited-edition ice cream is sure to go fast so you will want to get it before it completely sells out. This new “Space Force” inspired flavor is available at the retail price of $4.99 and is also available in select Ben & Jerry’s scoop shops, as well as major grocery store chains across the United States. The new flavor is also available in the pint-size only.

The new Netflix series “Space Force” will begin streaming on Netflix on May 29. 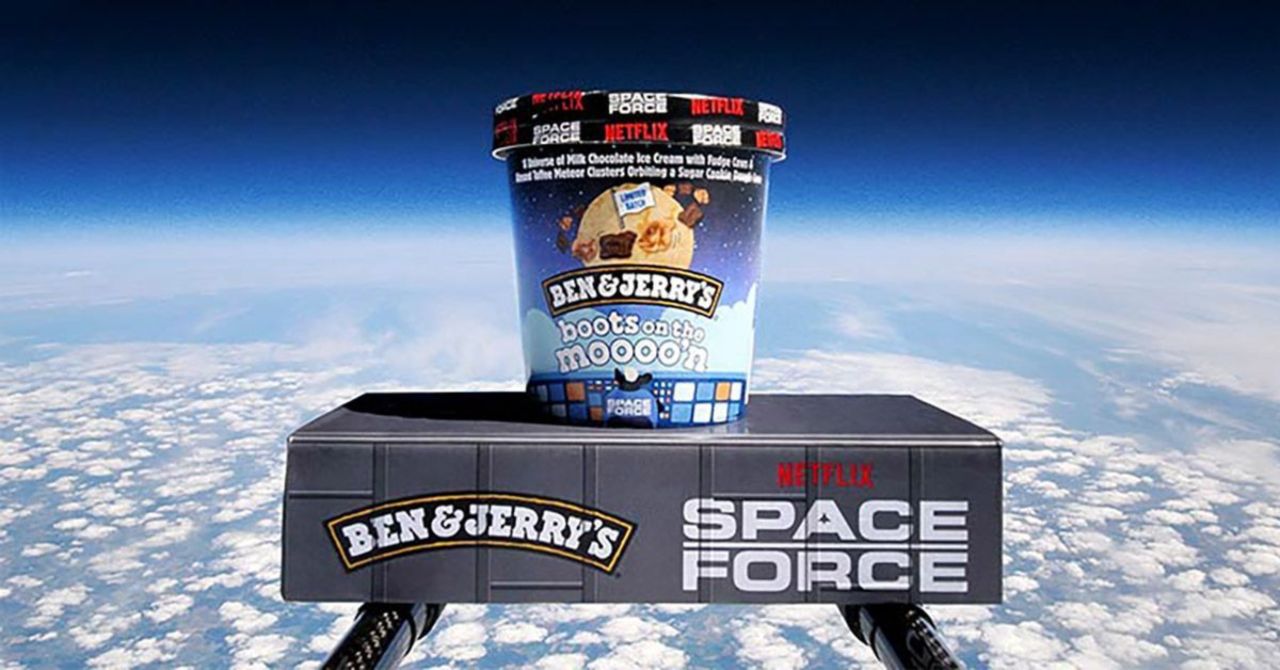