If your dog is as pampered as mine is, then it is a no-brainer that he deserves yummy treats as much as I do.  Or, at least for me, it is.

On Monday, Ben & Jerry’s proved that they were of the like mind of most dog owners and officially announced they are introducing a new line of frozen treats targeting canines.  The first foray of its kind by the venerable company into what has become a somewhat lucrative market is Doggie Deserts.  The sweets, available in 4-ounce cups, will hit shelves in the US at both grocery and pet stores later this month. 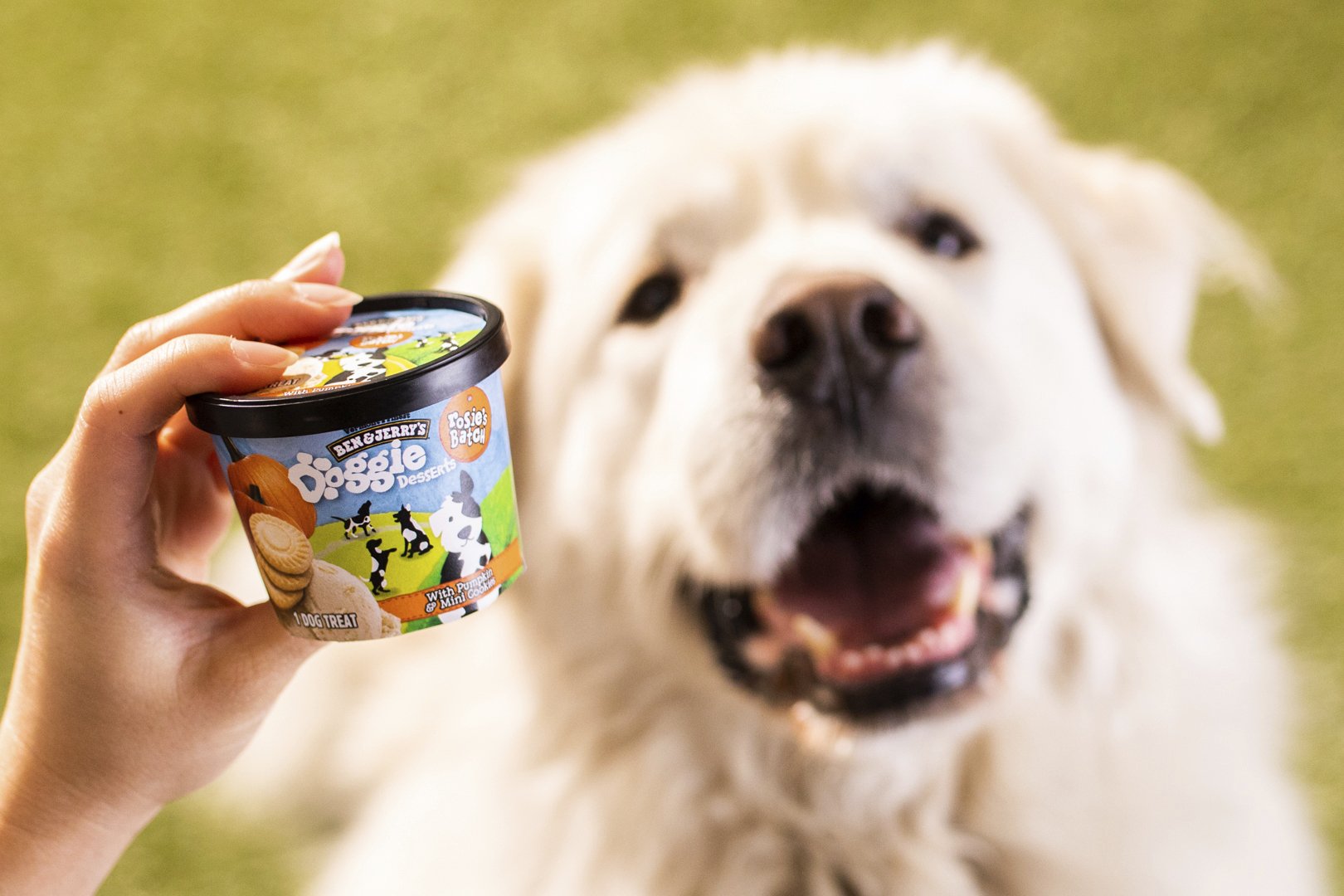 The Doggie Desserts will be available in two flavors initially—that of pumpkin with cookies and peanut butter with pretzels.  Both flavors are created with a base butter made from sunflowers.  These are the real deal, as the company uses the same base ingredients that the company uses in its human non-dairy deserts, thus not causing issues with upsetting the pup’s stomachs.

The amount that dog owners spend on their furry companions has risen significantly in the last five years and with it the increase of company’s that are entering the pet treat market.   It is worth saying that like introducing any new food product to your pet’s diet, it should be a slow process.  Tiny amounts, offered on a spoon or in a bowl is the best route in the beginning. 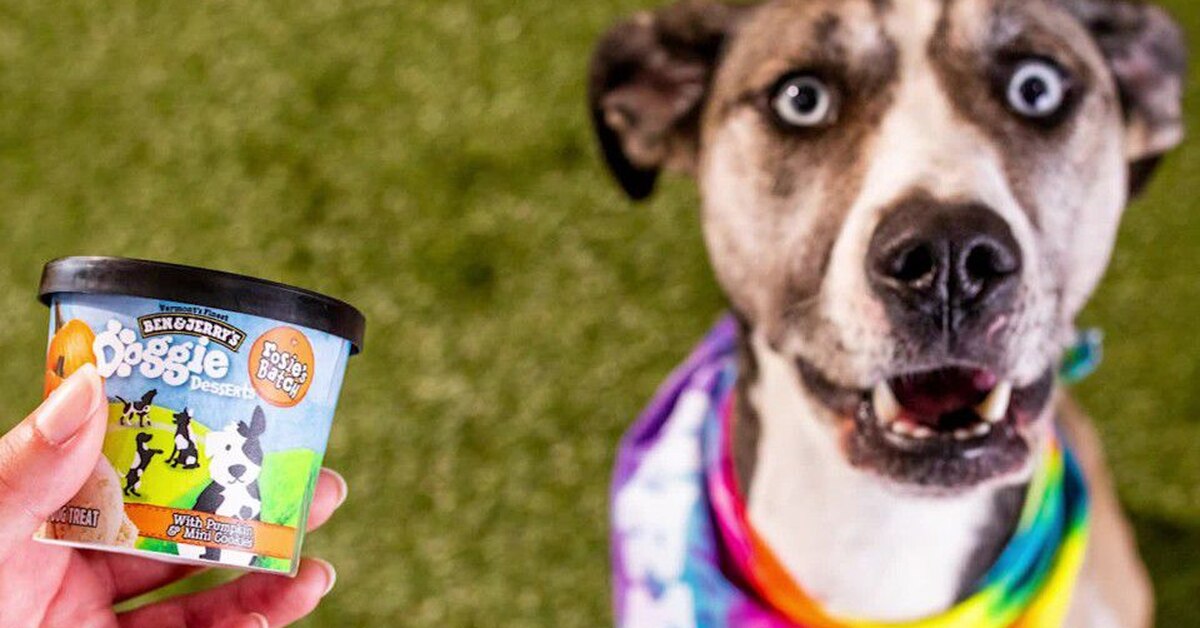 “This is an opportunity for people to treat their dogs as they’re treating themselves when they grab a pint off the shelf.”

Bumps went on to say that the treat will be available for the price of $2.99 cup, or $4.99 for four.  They are planned to be located near the popsicles on the ice cream aisle, just a few doors down from Ben & Jerry’s.