Allyson Felix, the American track and field star, did more than compete at the United States Championships this weekend; she also provided free childcare for her fellow athletes.

Olympic medalist Felix, who has 11 medals, is partnering with sportswear brand Athleta and nonprofit &Mother to provide free and accessible childcare for athletes and coaches during select track and field events.

Since she became a mother to Camryn, now 3, Felix has become an advocate for mothers.

The USA Track & Field Outdoor Championship was Felix’s last appearance at the meet, which she said would be her last race.

She wrote on Instagram, “When I first raced here, I thought I was racing for medals. I chased those medals for acceptance, validation, and purpose. Along the way, I’ve learned why I run, and it’s for a better future for women and girls. A better future for Camryn.”

Athleta and Felix said they hoped to “improve wellbeing for mom athletes by removing barriers between career and family and empowering them to reach their full potential both on and off the track.”

&Mother, a nonprofit supporting women’s career and motherhood, said the pilot program at track and field events “is the first step toward standardizing supportive services for parents in career-defining athletic events.”

The initiative is just one step toward improving childcare for working parents, but it mirrors what other mothers face in different industries. 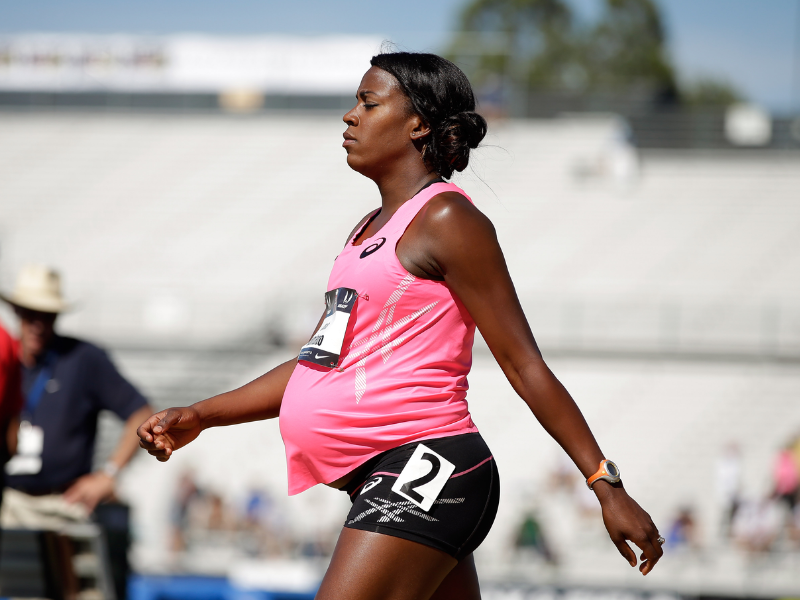 The organization said, “Through this lens, we have an opportunity to examine child care solutions for a ‘non-traditional’ workplace.”

Alysia Montano co-founded &Mother. One of the first athletes to allege Nike stopped paying her when she was pregnant was the six-time USA Outdoor Track and Field champion and mother of three.

The Nike athlete contracts have been updated to protect female athletes’ pay during pregnancy. The company said it had updated its policies the previous year, but its contracts previously allowed it to reduce salaries even during pregnancy.