Jacqui McNeill was just 12 when her mother died of heart failure, but she did not think twice about providing for her seven younger siblings.

Jacqui felt anger and sorrow for years before finally finding solace in her Irish Catholic faith, leading to her decision to become a nun after graduation.

However, her desire to become a mother one day led her to stop pursuing nunhood during her time in a religious community. 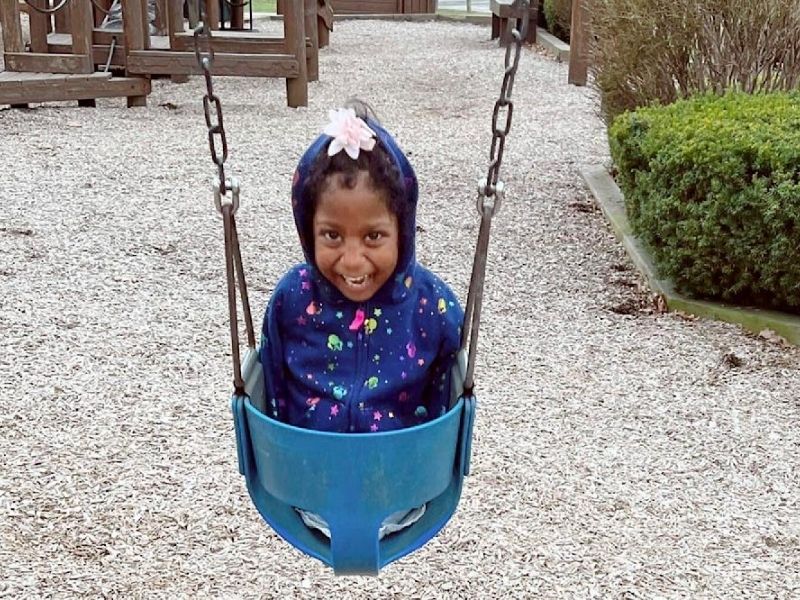 Jacqui says, “You have to live a life of poverty and celibacy for the church. People would come over and visit, and I would hold the babies the whole time or play with the kids.”

Jacqui decided to move from Ohio to India for four months, where she worked at a foster home for children with disabilities, inspired by the work of Mother Teresa.

She says, “I didn’t understand how anybody could look at these kids and see anything but beauty, vulnerability, and innocence.”

Even though she knew she couldn’t adopt all of the children, Jacqui knew one day one of them would call her mom.

Having faced more obstacles than she anticipated, Jacqui was finally matched with Emilia, born without arms or legs due to Tetra-amelia syndrome, a rare and often fatal condition.

Jacqui says, “I remember opening her information and saw ‘limb deficiency.’ Then I saw it was all four limbs.”

When Jacqui was going through the adoption process, she wondered whether the long-term dream would ever come true.

Jacqui was denied numerous grants because she was not married. Eventually, she found helpusadopt.org, which helped raise $45,000 in fees.

She says, “They gave me a huge grant and helped make this possible, who took on other side jobs. I am so grateful.”

In contrast, Jacqui describes Emilia, 4, as a “joyful and happy child.”

Jacqui says, “She doesn’t do anything but smile, and she’s had a lot to overcome.”

Jacqui, Emilia’s mother, says she’s still “a little fighter” even though ten hospital stays for something so minor as the common cold and many doctor appointments. 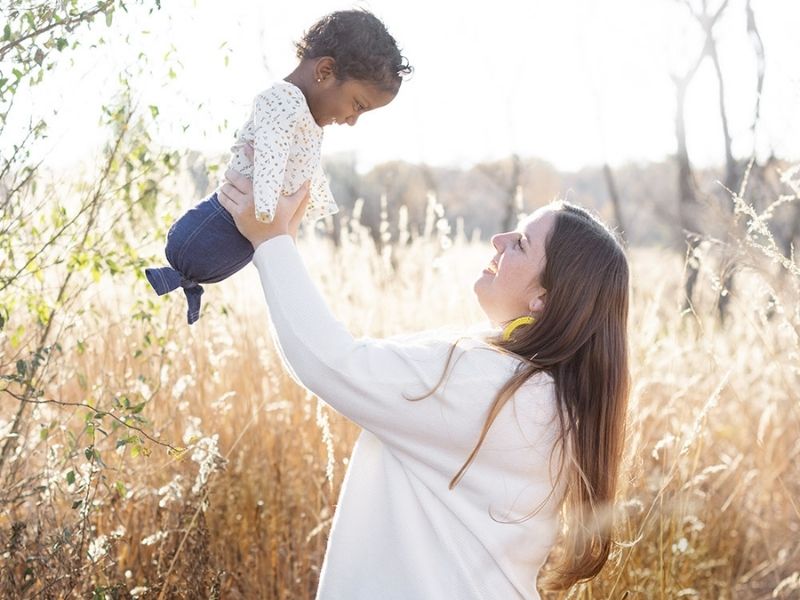 Making Emilia’s favorite meals —including curry and rice she calls “picy India” — at least three times a week is part of their routine.

Jacqui says, “We all get together, celebrate the different Indian festivals, and live out the culture. She hopes her daughter will go to college and have a full-time job one day.”

Her mom’s death taught Jacqui so much about life as she reflects on her difficult beginnings.