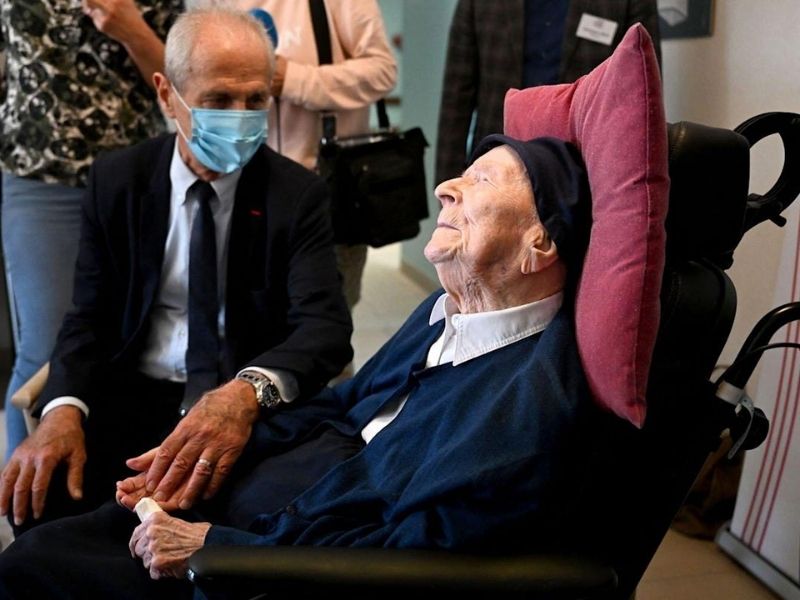 She earned the title after Japan’s Kane Tanaka, who was previously ranked as the oldest person living by the GWR, passed away on April 19 at 119.

Sister André was born Lucile Randon on February 11, 1904, in France and has made a severe impact on the world as a teacher, governess, and caregiver throughout World War II.

Her work with elderly persons and orphans continued for nearly three decades after the war.

Before becoming a Catholic nun, she spent 28 years as a nurse at Vichy, an Auvergne-Rhone-Alpes area hospital.

Furthermore, she survived WWII, the Spanish Flu pandemic of 1918, and most recently, the Coronavirus pandemic of 2021 despite testing positive for the virus on January 16.

According to the GWR, she is also the oldest person alive to have survived COVID-19.

In addition to relying on a wheelchair and being partially deaf, she has lived in a retirement home for 12 years.

“They get me up at 7 a.m., give me my breakfast, then put me at my desk where I stay busy with little things,” she said per the GWR on a typical day in the retirement home. 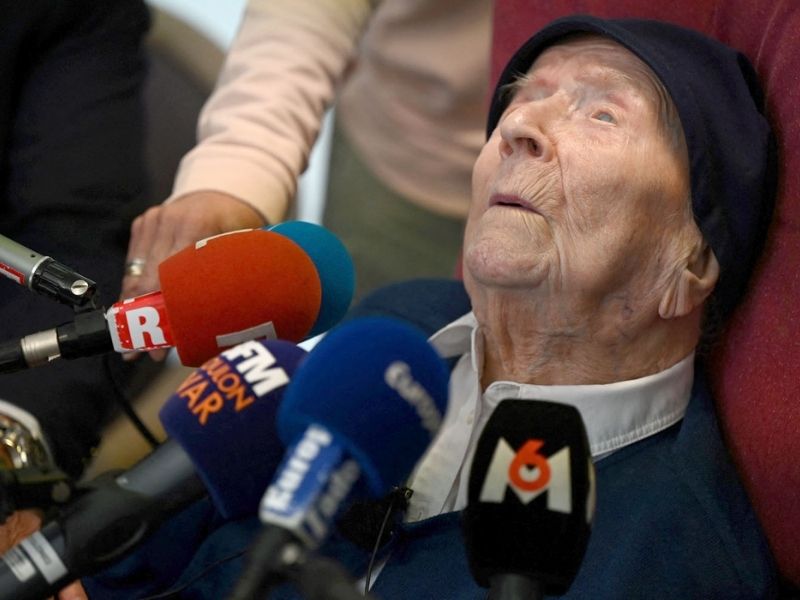 Her favorite foods are chocolate and sweets, and she likes to drink wine every day.

According to GWR staff, “Her glass of wine almost keeps her going, which might be her longevity secret. I don’t know – I don’t recommend drinking a glass of wine every day!”