The infant granddaughter of Luakam Anambe wanted a doll – something she hadn’t had as a child working in slave-like conditions in the rainforests of Brazil.

The dolls in stores lacked Indigenous features, and she wanted something similar. So, she sewed one for herself.

A doll with brown skin and long hair and the same face and body paint as the Anambé people. 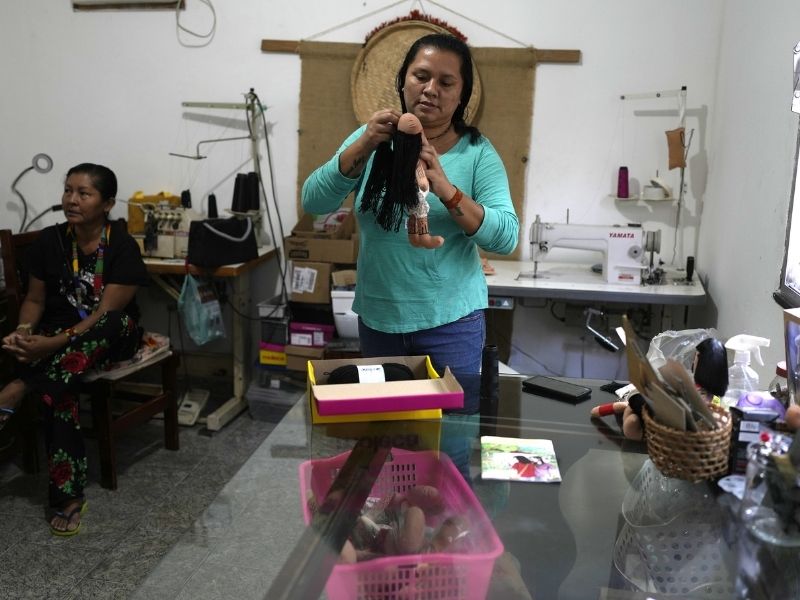 Despite nearly 900,000 Indigenous people identifying as Indigenous in Brazil’s last census, Indigenous dolls are seldom found in this country.

She and her daughter started creating dolls and now have a growing clientele due to their modest home workshop.

Anambé has sold more than 5,000 dolls at local fairs and online, and she plans on attending a German fair to export them.

Aambé’s mother had 15 children, and Anambé and her two sisters worked on a plantation. The plantation owner’s toddler had to be looked after by the 7-year-old.

Anambé was forced to marry a man 20 years her senior when she was 15, and they had a daughter together. Anambé soon fled her violent husband, leaving her baby with her family.

“Our struggle is a fight to survive,” she said, referring to Indigenous people who loggers, ranchers, and miners regularly threaten in the Amazon.

Anambé and Pora have developed dolls with face and body paints from five other Indigenous groups. 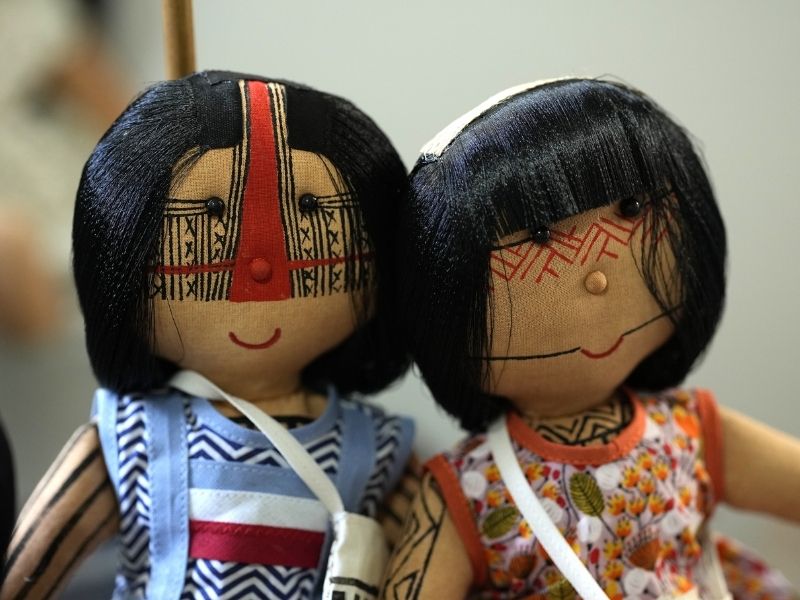 Atyna Pora says, “It’s like a mirror, who now works with her mother.

Anaty, the name of Anambé’s company, was named after Atyna’s daughter. In honor of her mother and grandmother, 20% of proceeds go to Maria Vicentina’s nonprofit.